Roland Joffé will direct Oscar winner Forest Whitaker and Vince Vaughn in The Archbishop And The Antichrist, which the sales agent introduces to international buyers this week. 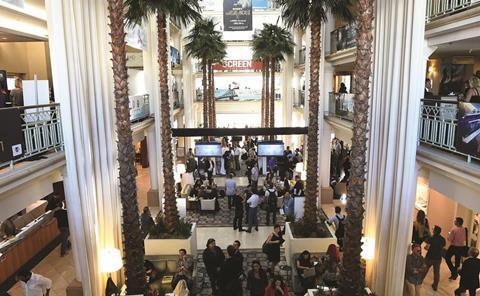 Joffé co-wrote with Michael Ashton the screenplay based Ashton’s play of the same name about a fictionalised account of Archbishop Desmond Tutu’s meetings with death row murderer Piet Blomfield during the Truth And Reconciliation Commission hearings in post-apartheid South Africa.

“Forest Whitaker brings a great sense of depth and power to all his performances and he is the perfect match for Tutu’s complex character,” said 13 Films president Tannaz Anisi.

“Vince Vaughn continues to prove his wide-ranging acting skills following his more dramatic roles in Into The Wild and the upcoming Hacksaw Ridge. Under the direction of Roland Joffé, their combined star power and talent is undeniable.”

Ashton, born in Dundee, Scotland, has a fascinating story himself and wrote the play while in prison for committing fraud.

Ashton told Scottish newspaper The Daily Record that upon his release he lived in a hostel and was considering suicide until he received a life-changing call telling him his play had won a prestigious prison arts award.