Based on a wealth of life experience 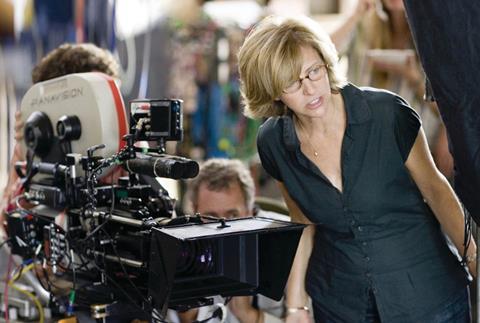 One of the most successful film-makers in Hollywood, Nancy Meyers started out as a writer, and she continues to pen her own films which boast her unique take on contemporary women and relationships.

“It’s a relationship that I hadn’t seen explored in a movie. I live it. I wanted to write about it.”

“I can’t say it was on every movie, but in almost every movie, the basis or the emotional anchor of the story is something that I have either gone through or am going through,” she explains. “Or actually, something I never want to go through. I’ve done that too.”

Her latest film, It’s Complicated, is about a woman who is having an affair with her ex-husband ‹ not something to which Meyers can relate but she certainly has been divorced. “You know, once you’re divorced, you don’t have intimate conversations any more with a person that you spent so much of your life with. It’s like, ‘Hey, how are you and the kids?’ and ‘Have a good trip’ and blah blah blah.

“It’s a relationship that I hadn’t seen explored in a movie. I live it. I wanted to write about it.” Meyers says she started the script with the Jane Adler character (played by Meryl Streep in the film) exploring the four or five relationships that she’d had in her life and going back to visit them. “She was sort of trying to figure out where she is today compared to the past,” says Meyers.

“Anyway, one of these men was her ex-husband, and she met him in a bar in a hotel. Both of them were out of town. When I hit that scene I thought, ‘This is more of a movie than what I am actually writing,’ and I got hooked into that story. It seemed to open up a world of possibilities.” That scene, which features Streep and Alec Baldwin, who plays her ex-husband, is one of the film’s most memorable. The two exes laugh, drink and dance, and end up in bed.

As usual in Meyers’ films, the romantic confusion takes place in a world of affluence, this time in a string of spectacular houses and hotels in the southern California city of Santa Barbara.

“I’m influenced by The Philadelphia Story in which people had a certain kind of glamorous lifestyle, because I think I can write about the foibles of these people and the mistakes they make and the trouble they get themselves into,” she explains.

“It all seems to work for the audience if the characters are in a bit of a fancy setting. It just becomes more acceptable to laugh at them in comedies.”