Berlinale chief talks security and refugee initiatives ahead of 2016 edition 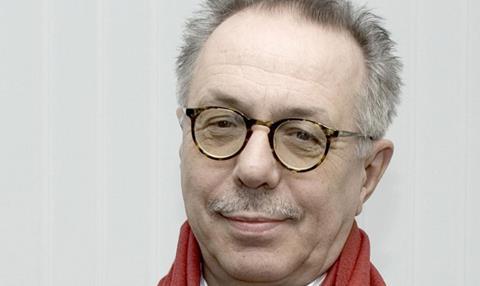 Berlin festival director Dieter Kosslick has spoken publicly about security measures for the forthcoming Berlinale (Feb 11-21) and initiatives to build bridges between the festival and newly arrived refugees now living in the German capital.

In an interview with the Berlin newspaper B.Z., Kosslick was asked whether the Paris terrorist attacks in November would result in any changes to the festival’s security policy.

“We are always adjusting our security conditions to the particular current situation, and we work very closely here with the security services and the police,” said Kosslick. “But, in principle, we have a lot of security in place which we naturally try to keep as discreet as possible.”

Long-time visitors to the festival will no doubt remember the 2002 edition – held less than six months after 9/11 – when elaborate airport-style security checks were made on guests as they entered the Berlinale Palast.

However, two years later (in 2004), Berlin university students staged a naked protest on the red carpet before the closing ceremony – in front of the world’s media and hapless policemen – and managed to obtain entry to the cinema where they interrupted the awards ceremony by showering the audience with leaflets and making demands through a loudspeaker.

In the meantime, the security issue has become a greater concern following a spate of assaults on women and robberies in Cologne (and elsewhere in Germany) on New Year’s Eve and the potential for copycats.

Refugees and the Berlinale

Turning to the Berlinale’s position on recently arrived refugees in Germany, Kosslick explained that the subject of migration had been highlighted in the past and was certain to be reflected in the 2016 programme.

“We will also work together with the refugee initiatives, and a welcome class will also be part of the school project in the Generation section,” said the festival director. “Moreover, we will be making an appeal for donations on the opening evening.”

He added that the festival was currently working on a sponsorship system together with aid organisations in order to be able to distribute free tickets to refugees.

“The important thing is that we show the subject in the [festival] programme because that’s how one then comes to see the causes and doesn’t only discuss the consequences,” added Kosslick.

Yesterday, Gianfranco Rosi’s documentary Fire At Sea (Fuocoammare) about life on the Italian island of Lampedusa, a frontline in the European migrant crisis, was announced as part of the Berlinale’s main competition line-up, for which Doc & Film International has acquired international rights.

Kosslick also stressed the festival’s political dimension during an interview on the Leipzig-based arts radio channel MDR Figaro during which he spoke about cinema being “a window on a reality [and] on other people”.

“For the window on other human beings, other religions, other philosophies, other ways of life is really the basis for one being tolerant towards these people, and tolerance is the basis for a peaceful co-existence,” he said.

In conversation with Knut Elstermann in the MDR-Figaro Café, Kosslick alos revealed that it had taken “a year’s work” to entice the Coen brothers back to Berlin with Hail, Caesar! as this year’s opening film, after their western True Grit was the opening film in 2011.

Actress Frances McDormand, who stars in Hail, Caesar! and is the wife of co-director Joel Coen, was the president of the International Jury in 2004 when Fatih Akin’s Head-On won the Golden Bear.

“The most important thing is that the studios also want [to show their films at the Berlinale] because it costs a lot of money, the Berlinale can’t pay these travel costs and presentation costs,” added Kosslick.

“This also shows the value of the festival or of the red carpet because if they didn’t see the value, they wouldn’t do it.”