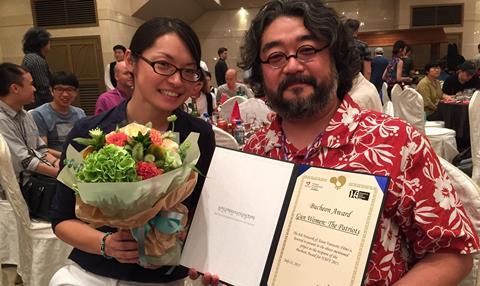 A reboot of director Mitsutake Kurando’s Gun Woman, which screened in Sitges and Fantasia, the Japan-US co-production features an intelligence agent with gun parts implanted in her body who is on a secret mission to kill the president of Japan.

“This award means so much especially coming from such a distinguished jury. Thank you and to Bucheon. I love the people, love the city. Special thanks to Thomas-san for guiding us to the market,” said Kurando.

The story is about two underachieving cops who infiltrate a gang of bank robbers who turn out to be on a mission to overthrow the order of both the underworld and the world of the living.

One of NAFF’s Project Spotlight 2015: China selections Dead Sign II: The Night Of Ghost Return picked up both the Medialink Capital Award (with $10,000) and the inaugural WTUF Award ($5,000).

Director Yi Jun and producer Cao Chi are working on the project about seven students who accidentally happen into an ancient Taiwanese village and are cursed when they disturb a mourning rite.