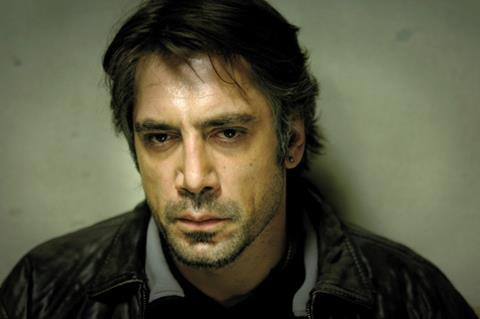 Fans of his debut Amores Perros took it as a good sign that Alejando González Iñarritu was returning to Spanish-language drama after his US-made 21 Grams and the multilingual, multi-national Babel. Alas, Barcelona-set Biutiful - named after a child’s spelling error - outdoes Babel for overbearing portentousness, and this high-grit, yet supernaturally-tinged, story of a modern martyrdom is a leaden, overextended affair that could use some cutting to recoup a glimmer of commercial potential.

Cinematographer Rodrigo Prieto offers a typically energetic vision of street life, and has an super-sensitive eye for the textures of urban grime.

The film could conceivably be hailed as a masterpiece by those who feel that social issues should be handled with the maximum solemnity. But bleak subject matter and an unrelentingly grim tone will make Biutiful a very hard sell, with only Javier Bardem’s prestige likely to carry it.

Bardem is an actor with, emotionally speaking, a solid pair of shoulders - just as well, because his character carries the weight of the world on his. He plays Uxbal, a hustler in Barcelona’s underground economy, who acts as a facilitator - striking deals, greasing police palms - for various exploitative activities involving illegal immigrants. One is a network of African street vendors, the other a set-up involving a warehouse full of Chinese workers, for whom Uxbal sets up a shady work contract on a construction site.

Uxbal is also looking after his two young children alone, as he is separated from his bipolar, alcoholic and promiscuous wife Marambra (Alvarez), who is meanwhile having an affair with Uxbal’s nightclub runner brother Titi (Fernández).

On top of that, the father that Uxbal has never known is being exhumed so that the sons can sell his burial plot. And Uxbal has only a short time to live, as he has been diagnosed with prostrate cancer. Oh, and he also sees dead people - Uxbal’s one reliable source of income is as a psychic carrying messages from the newly deceased. As British comic Max Wall once said after an extended tale of mounting woes - it’s got to be funny, hasn’t it?

In fact, the sheer dogged sobriety of Iñarritu’s catalogue of catastrophes - and it gets much worse for Uxbal, believe me - means that the film is never risible in its bleakness, just increasingly joyless. Iñarritu proved a master explorer of city low-life in Amores Perros, but there he had the advantage of a dizzying tripartite narrative (Biutiful is his first film without screenwriter Guillermo Arriaga) and an intense visual palette from cinematographer Rodrigo Prieto.

Here, Prieto offers a typically energetic vision of street life, and has an super-sensitive eye for the textures of urban grime, from the squalid Chinese sweatshop to the kitchens and toilet bowls seen in disheartening close-up. But the film’s visual tone - apart from a scene in a luridly tacky nightclub - is predominantly dark. There can’t be a corner of poverty-level Barcelona that the film doesn’t explore, but the city has never looked greyer and more run-down.

As for the story, this is Iñarritu’s first linear narrative - although editor Stephen Mirrione’s edgy ellipses account for much of the film’s dynamism. But the story’s sheer mounting awfulness makes for a hard grind. The film adopts an abrasive pitch from the start, bombarding us with urban noise to underline the restlessness of Uxbal’s soul.

But Iñarritu never carries off his more intimate moments - a scene between Uxbal and Marambra seems to go on forever, and Iñarritu never succeeds in curbing Alvarez’s more histrionic emoting. A police bust of street vendors, however - an incredible filming stunt on crowded city streets - provides a welcome burst of virtuoso energy.

While the film’s religious dimension is familiar Iñarritu territory, the supernatural aspect is never sewn in successfully, with enigmatic glimpses of butterflies (and sometimes people) hanging from Uxbal’s ceiling more likely to produce puzzlement than a metaphysical

Bardem gives a dignified, restrained performance, but finally can’t do much with a character who never quite reveals his richer depths. And, given the catastrophically dirty dealing that Uxbal is steeped in all the way through, it’s hard to believe in his story as being one of redemption, despite the awkward otherworldly episode that bookends the film. Gustavo Santaollala provides a characteristically evocative and inventive score, but the film leans on it far too heavily.