Huge population should equal huge box office. But despite a surge in local films, a new law and lack of competition are holding Indonesia back. 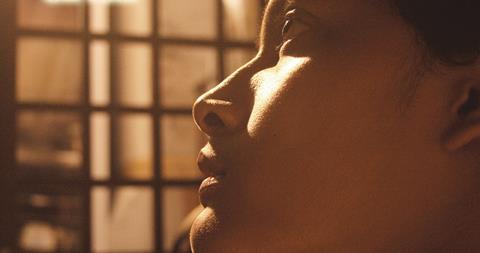 As the world’s fourth most populous nation, Indonesia has the potential to become a major box-office territory. But the country’s exhibition sector could best be described as lopsided, and a recently introduced film law looks set to hamper further growth.

Although it is difficult to obtain detailed box-office data for Indonesia, Screen Digest estimates the box office is growing by around 7% a year, in local currency terms, and reached $102.2m (rup990bn) in 2008. It could be growing faster - China’s box office has increased by around 30% over the past five years - and with a population of 240 million, Indonesia is badly under-screened.

New cinemas have been built by both the leading exhibitors, 21 Group and Blitz Megaplex, and, despite delays caused by the global financial crisis, more are planned. But 21 Group continues to dominate distribution and exhibition as it has for decades. The company operates around 460 screens across 120 sites - roughly 77% of all the screens in the country. It also handles product exclusively for all the US majors, through subsidiaries Camila Internusa and Satrya Perkasa, as well as independent and local films.

This arrangement appears to suit the US studios which say that 21 Group gives them equal treatment, as well as low overheads and reliable figures. But recent entrant Blitz says the near-monopoly prevents Indonesia reaching its full potential.

Blitz opened its first cinema in 2006 and now operates five sites with 58 screens. It also acquires independent product for its distribution arm Jive Entertainment. But despite a strong start, the company recently filed a complaint to Indonesia’s anti-monopoly commission claiming that 21 Group has restricted its access to local films. The commission is currently deciding whether to launch an investigation. When contacted for this article, 21 Group declined to comment.

Access to local films has certainly become important in what was until recently a Hollywood-dominated market. Although Transformers: Revenge Of The Fallen and Harry Potter And The Half-Blood Prince have been the biggest hits so far this year, the local industry has experienced a renaissance in recent years.

Blitz CEO Ananda Siregar estimates that local films account for approximately 55% of the market, with US product taking 35% and the remaining 10% going to Chinese, Bollywood and other Asian films. “It used to be a Hollywood market, but local companies started producing and audiences responded, so that overall box office has almost doubled since 2000,” Siregar says.

Both the local film-makers and US studios have been united in their criticism of the new film law passed by the House of Representatives last month. It controversially requires that 60% of screen time should be reserved for local productions while also increasing censorship of local films.

Local film-makers say this will hamper creativity and result in a flood of low-quality films rushing to meet the quota. At present, Indonesian censorship is regarded as more lenient than neighbouring Muslim nation Malaysia, but there are concerns this may change. Meanwhile, the US studios point out that the first consequence of the law is that distributors will not import “less commercial” films.

“Further, these restrictions will be a windfall for movie pirates who will likely provide stolen versions of these films to local consumers,” says the Motion Picture Association’s Asia chief Mike Ellis.