'The Boss' rules US as 'BvS', 'Hardcore Henry' disappoint 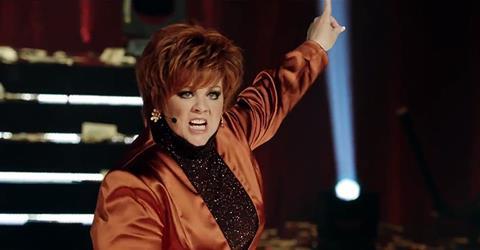 Meanwhile STX Entertainment’s Toronto pick-up Hardcore Henry under-performed as it arrived at number five on a lowly $5.1m from 3,015 theatres.

Vaxxed: From Coverup To Catastrophe, the controversial documentary that was ejected from the upcoming Tribeca Film Festival line-up after uproar over the validity of its scientific claims, fell a huge 75.3% in its second weekend, adding $7,000 through Cinema Libre for $48,250.

The Boss, in which McCarthy plays a tough businesswoman who learns to express her kinder side, opened in 3,480 sites and delivered Universal its second number one of the year-to-date after Ride Along 2 ruled the charts for two weekends in mid-January.

Warner Bros’ DC Entertainment release Batman v Superman: Dawn Of Justice fell a further 54.3% in its third session to rank number two just behind The Boss on $23.44m – although given the close margin their respective positions may well change when final numbers come in on Monday.

The superhero saga has amassed $296.1m in North America and $486.8m internationally for a $782.9m worldwide tally that is slowing down drastically as executives aim for a $1bn theatrical target to tip the film into profit.

Meanwhile STX top brass had their expectations dashed after going into the weekend with high hopes for Hardcore Henry, their R-rated action film acquired at the Toronto Film Festival last autumn that marked the fledgling studio’s widest release yet.

However a $5.1m performance from 3,015 venues resulted in a $1,690 average and will be far below what they had anticipated, especially given the reported $10m acquisition fee and $20m P&A commitment.

Ancillary markets are expected to deliver a more robust life for Hardcore Henry, which is told from the perspective of a newly awakened cyborg on the trail of his wife’s kidnappers in a violent Moscow setting. Timur Bekmambetov produced and Ilya Naishuller directed the film, which stars Sharlto Copley and Haley Bennett.

Disney’s Zootopia ranks third on $296.6m after three weekends and will cross $300m any day now, while Gold Circle/Playtone’s My Big Fat Greek Wedding 2 ranks fourth through Universal on $46.8m after three.

Elsewhere there was solid work from the faith-based films as Miracles From Heaven ranks sixth on $53.9m after four session through TriStar, while PureFlix’s God’s Not Dead 2 at number seven has reached $14.9m after two.

Warner Bros is maintaining a slow build for Jeff Nichol’s acclaimed sci-fi drama Midnight Special and expanded the film from 58 to 493 theatres in its fourth session as $1.2m saw box office climb 110% and lift the film one place to number 14 for $2.3m.

This week’s wide releases are The Jungle Book through Buena Vista; Lionsgate-Summit’s action film Criminal; and comedy Barbershop: The Next Cut through Warner Bros.