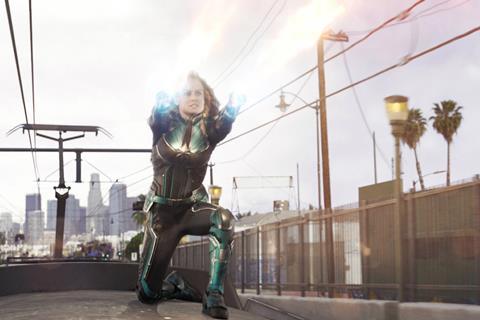 The Marvel Studios/ Disney tentpole added $34.1m from global box office on Tuesday, and boosted the international running total by $19.5m to stand at $345.2m. The Brie Larson superhero adaptation has reached $179m in North America.

The Brie Larson starring vehicle took global box office by storm at the weekend in a record-breaking $456.7m launch, and pushed the aggregated grosses of Marvel Studios’ 21 films past $18bn on Monday (11).

Captain Marvel launches in its final market, Japan, on March 15.