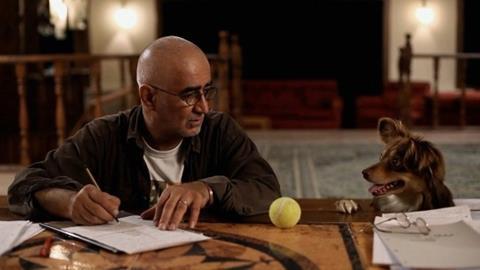 The very fact that this film exists is cause for celebration: it’s the second time, after This Is Not A Film, that Iranian filmmaker Jafar Panahi has managed to defy the 20-year-filmmaking ban imposed on him by the Islamic republic’s authorities in December 2010, and strike a blow for creative freedom. Currently under house arrest, Panahi follows up that droll post-modern documentary, which was smuggled out of Iran inside a cake, with more meditations on the same self-referential theme of a director – once again played by Panahi himself – whose need to create and film meaningful stories breaks through the physical and legal cage he’s been penned in.

More Ionesco than Pirandello at this point, with a dose of Hitchcock in the mix, the story holds us despite the odd theatrical touch.

This time, though, the tone seems a little shriller, the symbolism just a tad hackneyed. There’s more than a pinch of Pirandello in the premise of a film that knocks gaping holes in the fourth wall of cinematic illusion by introducing characters who turn out – perhaps – to be figments of Jafar Panahi’s imagination. But in the very moment that Panahi himself appears and the intriguing story we have been investing in turns meta-fictional, there’s a sense of letdown that never quite lifts.

Digital out of necessity, and not the crispest of views on a big screen, Closed Curtain will nevertheless make it onto the ‘try to see’ checklist of committed cineastes the world over. But this may not be enough for arthouse distributors in some territories, given the sense of déjà vu.

In the film’s much stronger first half, a cute dog almost steals the show. He emerges from the bag of a professorial type (Partovi) who turns up in a seaside villa out of season. It gradually emerges that the man, who shaves off his mane of hair and tacks up blackout curtains on the windows, is a writer. More compellingly, it is also revealed, via TV news reports, that dogs, considered ‘impure’ by the authorities of the country (never named) where the action takes place, are being rounded up. This is partly true: there is some scapegoat persecution of dog owners in Iran, though the canine carnage suggested here tweaks us into a dystopian future and supplies what we take as a potent metaphor for wider repression in the Islamic state.

Around half an hour in, two ambiguous new characters are sprung on us: Melika (Moghadam), a young woman who slips into the house with a man called Reza (Saeedi) who, she later claims, is her brother. They’re on the run after a beach party they were at was raided, they tell the shocked writer; and he is forced to shelter them until the noises of the manhunt outside subside. At this point the brother heads off, leaving the woman in the writer’s care, and telling him to watch out for her suicidal tendencies.

More Ionesco than Pirandello at this point, with a dose of Hitchcock in the mix, the story holds us despite the odd theatrical touch, as we (and the writer) struggle with the suspicion that nosy, nihilistic Melika is playing a double game. Soon after, however, we realise that it’s the director whose playing the double games, and his two characters are demoted to hoary old symbols of creative resilience versus ‘why bother?’ despair. While we respect the message, it feels in the end like a waste of a perfectly good story.