Framestore CEO William Sargent looks to the future of film

Films will soon exist in formats we can’t yet even imagine. Fundamental change will help meet the challenge, writes Framestore CEO and co-founder Sir William Sargent. 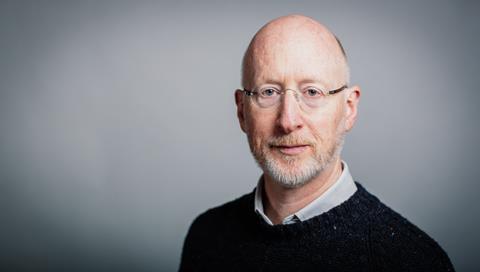 Filmmaking is evolving from linear, cinema screen-based storytelling into something more multi-layered that co-exists with our daily lives. Within a decade, we’ll be living side-by-side a movie’s most cherished elements because we’ll be experiencing them in formats that we can’t yet even imagine.

Filmgoers are hungry to spend more time with the stories, characters and environments they love and there are already many different platforms on which these elements can exist outside the core film:

Smartphone apps that give the devoted a deeper dive into lead characters’ lives. Augmented reality media that brings static characters to life. Virtual reality experiences that immerse viewers in 360-degree views of film sets. Geocache hunts that encourage people to search for nearby characters with geo-location based clues.

The possibilities are already manifold and bring a whole new genre of creativity to the film industry. Even more saliently, it can also generate a new revenue stream. Each piece of ancillary content can be monitised by consumers paying a notional amount for that ‘little bit extra’. It’s a highly successful model that underpins the entire app store: download the lite version, get hooked and pay for the extras.

But – and crucially – to achieve this goal, we need to rethink the industry’s production structure, skillsets, financing and supply chain.

Firstly we need to acknowledge that multi-platform storytelling can only be harvested once we’re brave enough to dissolves the silos that separate physical and digital production. Even though we recognise this nascent arena can aid marketing as well as revenue (think: The Avengers: Age of Ultron VR experience, Google’s Lightsaber Escape), it can be difficult to action ideas because when studios’ physical and digital production are split, there’s unlikely to be a relevant department or budget in place that’s shaped to deal with the request.

Secondly, we need to nurture a new breed of director, one that can hold a story across all platforms. The traditional director has a 90 – 120 minute linear narrative in mind. But to create ancillary content that’s worth paying for, directors must take a leap into the unknown by embracing more fractured storytelling that tease the audience.

Thirdly, we need to introduce the concept of ancillary content at the very start of the production. Front-end pre-planning maximizes assets, budgets and schedules whilst fostering a more embedded, cost-efficient, consistent and rationalised approach. So if you want a VR experience that takes viewers behind the scenes, budget upfront for a day or two of extra creative input and catch the actors between takes.

Otherwise, if tackled as an after-thought, additional content merely becomes a hard-to-swallow additional cost. Only by exploiting the existing production pipeline to produce multiplatform content in a streamlined way, do we stand a chance of gaining a return on the (marginal) investment.

Lastly, we need to augment supply chains so they are capable of delivering content that fits each platform’s individual demands. This means identifying reliable suppliers that have rigorous quality and creative control coupled with the longevity needed to develop product over a three to five year cycle. The ideal supplier is a company that has the resources and skills to prototype ideas, has a vision that can see ahead of the curve, has experience in covering every platform and has an innate understanding of creative leadership.

People want – and will soon expect – to be able to spend more time with content from the films they love. The evolution of technology and digital are enabling this. Together, these factors hand us a golden opportunity to extend a film’s fiscal shelf life and future proof the film industry. But only once we’re bold enough to embrace fundamental change.