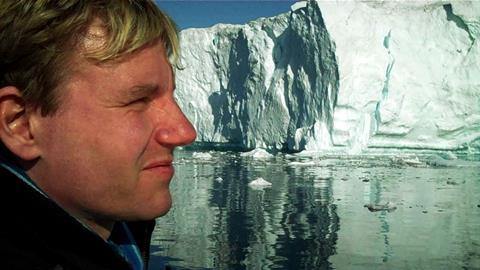 Everyone wants to save the world and everyone has his own formula for it. And sometimes, one wonders what’s more important for these people, beating down the competition or having their formulas actually put to work. Ondi Timoner’s documentary follows one of those 21st century preachers, Bjorn Lomborg, a young, presentable, fully certified Danish scientist, who became a celebrity when he wrote a best seller entitled The Skeptical Environmentalist, in which he questioned all the doomsday scenarios effectively advertised by the ecological lobby as irrefutable evidence the world is busily self-destructing.

Timoner’s nimble picture follows Lomborg around the world, displaying his youthful enthusiasm and energetically delivering the kind of messages that many will love to hear and as many will be eager to disprove.

Given the enormous attention being paid to the state of the globe these days, this documentary could easily travel around the world in festivals, occasionally in cinema and certainly vast television exposure.Timoner’s films takes Lomborg and his arguments, most particularly on the issue of global warming, through the test of numerous scientists who generally support his position but also some virulent detractors who feel the Dane is throwing a spanner in their works and is no less than a criminal for slowing down their struggle and defusing the urgency they have been tried to convey.

The one detractor not heard here, for obvious reasons, is Al Gore, but his contribution to “scare the pants off” his audiences using unsubstantiated facts, is frequently referred to, all through the picture.

No layman will be in the position to determine who is right and who is wrong and, just like in any religious war of the same type, the more persuasive speaker of the moment will win.  On the face of it, however, Lomborg appears to have a solid case when he claims The Inconvenient Truth might have got an Oscar and it did put the issue of carbon emissions on the world agenda, but its fear-mongering techniques and the solutions it proposed to save Planet Earth, didn’t make much sense.

According to the testimonies racked up by Timoner from a bunch of impressively titled researchers, the Antarctica is not about to melt, the real danger to polar bears are white hunters, entire continents will not be flooded in the near future and the Amazon forests will not disappear if something is not done about them in the next ten years.

Fast paced and glib at all time, Timoner’s nimble picture follows Lomborg around the world, displaying his youthful enthusiasm and energetically delivering the kind of messages that many will love to hear and as many will be eager to disprove. And no doubt, around the corner the next preacher is just waiting for his turn.