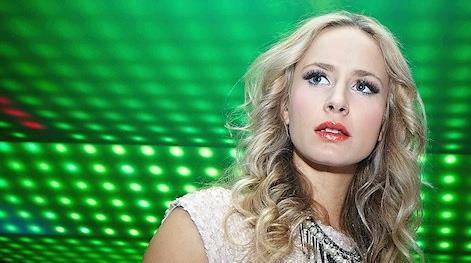 Edward Arkham (Sam Robertson), a mid-level office drone at a software company in the City, steps on a wasp and suffers a toxic reaction to the sting which manifests as gruesome special effects boils and a fragmentation of reality that takes in explicitly gory fantasies of murder and mayhem in the office and conversations with various alter ego-type imaginary friends.

Over the course of one bad day, Arkham cracks up completely and the film goes deeper into his would-be surreal fantasy world, treading a path much trodden by the likes of Fight Club or The Glass Man, which also played at London’s FrightFest event, where Dementamania screened.

Directed by Kit Ryan, whose previous movie was the shaggy dog horror thriller Botched, from a purportedly semi-autobiographical script by producer Anis Shlewet,  Dementamania has a rich look and some impressive mind-warping horror effects but suffers from a hard-to-care-about protagonist and an overfamiliar descent-into-madness plot trajectory.

Scots actor Sam Robertson, a veteran of Coronation Street, is too sharply handsome to be convincing as someone who’d be turned away from a night-club – physically, he seems more like a Patrick Bateman-style master of the universe than a British office loser who lines up his pens and sweats in embarrassing social situations.

That the similarly-toned Glass Man, which has the benefit of higher-profile stars (Andy Nyman, Neve Campbell), is unreleased two years on from its FrightFest debut suggests Dementamania might have a struggle positioning itself.  Too cartoonishly gruesome in its fantasy murder sequences to play as an arthouse item, it is also too ploddingly significant to work as a straight horror movie