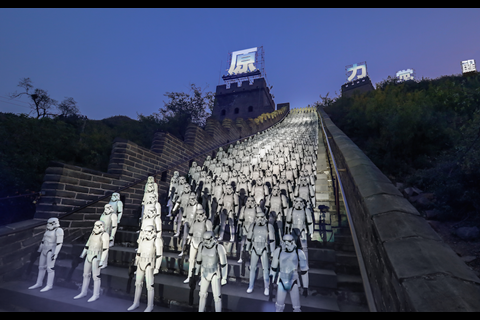 Stormtroopers take over the Great Wall of China. Yes, they really are that powerful. 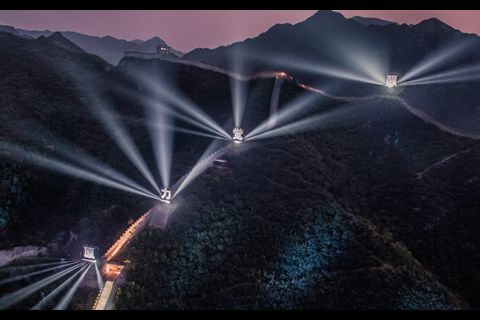 The Great Wall Of China lit up for the Star Wars promotion. The film opens in China on January 9, 2016. 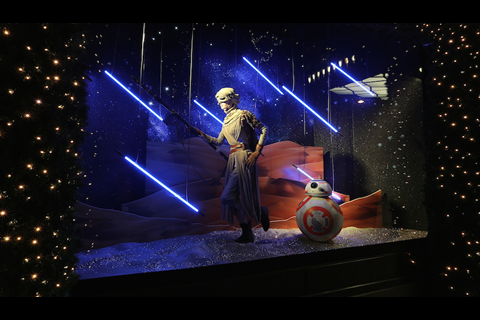 Rey and the BB-8 droid in a hurry at Selfridges, London 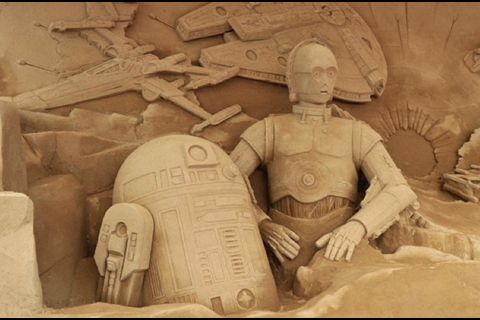 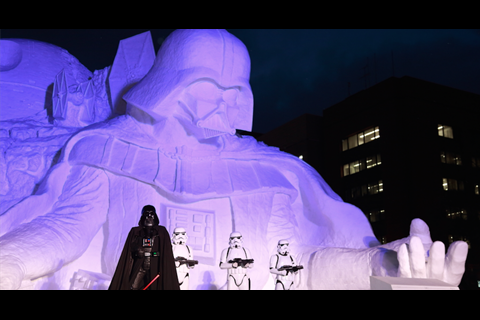 Ice sculpture of You-Know-Who at the Sapporo Snow Festival, Japan 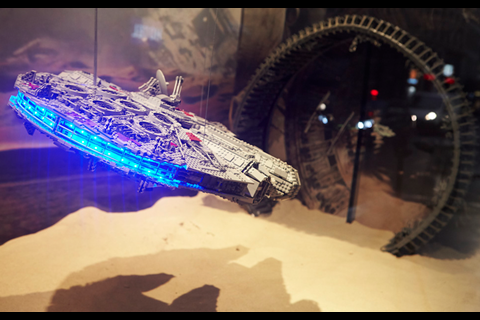 Display of The Millennium Falcon at Galeries Lafayette, Paris

Anticipation has reached fever pitch ahead of this week’s worldwide release of JJ Abrams’ widely admired seventh episode in the space opera - and Disney would not want it any other way.

The studio has been working tirelessly to promote Star Wars: The Force Awakens everywhere, staging a Great Wall takeover by Stormtroopers in China and attending several culturally significant events in Japan.

In Europe the studio worked with retailers to participate in window displays in Selfridges, London, and Galeries Lafayette in Paris and Berlin.

The film opens virtually everywhere this weekend and arrives in China on January 9, 2016. It  is also set to open in India and Greece in the coming weeks.