Online comments for the teen tearjerker soar in second week of release. 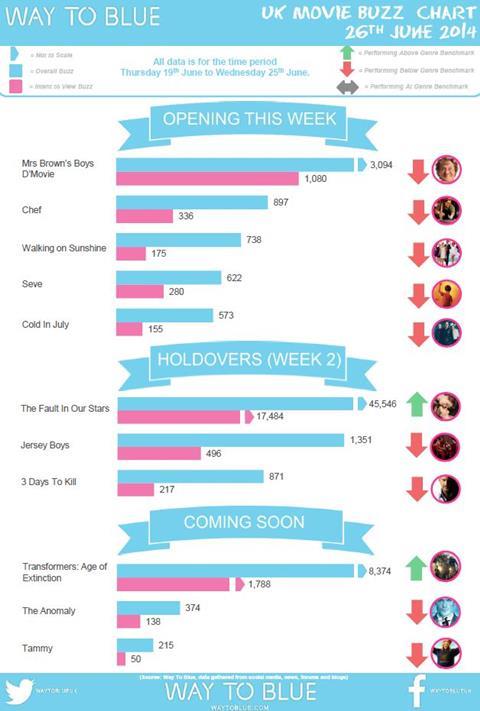 Josh Boone’s teenage cancer story The Fault in Our Stars continues to top this week’s online buzz chart in the UK.

The film, starring Shailene Woodley and Ansel Elgort as teens who fall in love at a cancer support group, saw a whopping 45,546 social media mentions during the week.

It was leagues ahead of the second most buzzed about film, Mrs Brown’s Boys D’Movie, which generated 3,094 comments ahead of its launch.