Zoe Lister-Jones’s film follows a feuding couple who use music as marriage therapy. 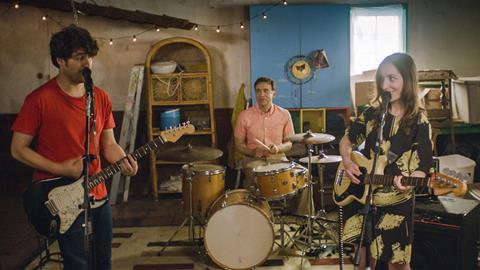 IFC Films has acquired all North American rights and Sony Pictures Worldwide Acquisitions has picked up international to the recent US Dramatic Competition entry that premiered in Park City.

Zoe Lister-Jones from the CBS sitcom Life In Pieces wrote, directed and stars in Band Aid, about a couple who use music to smoothe over their marriage and end up forming a band. Adam Pally and Fred Armisen round out the key cast.

Jonathan Sehring and Lisa Schwartz, co-presidents of Sundance Selects/IFC Films, said: “Everyone at IFC Films is thrilled to be working again with the immensely talented Zoe Lister-Jones after our first collaboration on Breaking Upwards.

”Band-Aid is an incredibly impressive directorial debut feature – it is not only funny but also incredibly smart and inventive, proving Zoe is a true quadruple-threat as an actress, filmmaker, writer and singer-songwriter.”

The distributors brokered the acquisitions with WME Global and QC Entertainment.