Screen sat down with the veteran producer on the set of his 100th feature, Silent Hill II, now shooting in Toronto. 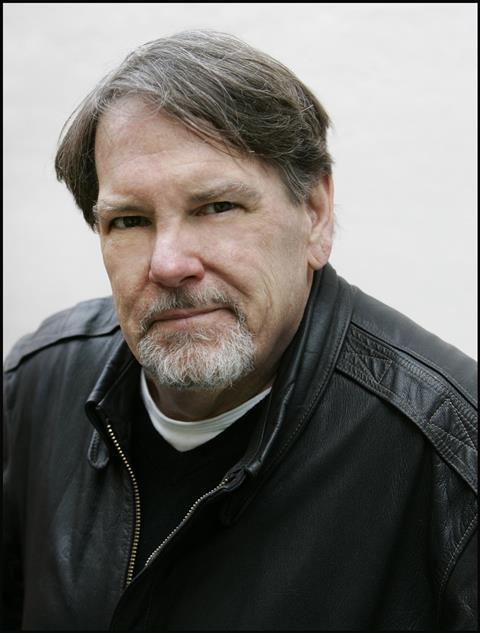 Long before Canada’s shoot-from-the-hip producer Don Carmody shared a Best Picture Oscar for Chicago, he bankrolled the pre-production of the teen classic Porky’s. He’s since produced the highest-grossing film ever to come out of the country – Resident Evil: Afterlife, which rang up over $300m worldwide – beating his own record of Canada’s top-grossing worldwide box office of $106m for Porky’s in 1982.

Today Carmody has four pictures in various stages of production, including Goon, which is in post-production now and stars Eugene Levy, Jay Baruchel, Liev Schrieber and Seann William Scott and is being sold by Myriad Pictures at Cannes, as well as Silent Hill: Revelation 3D, currently filming in 3D.

Screen sat down with Carmody on the set of his 100th feature, Silent Hill II, now shooting in Toronto, on the eve of 100DC, an invitation-only charitable gala, which raised $50,000 for the Canadian Film Centre (where he teaches producing and pitching) and Special Olympics, Kingston, Ontario in memory of his late sister-in-law, Julie Gourdier.

Let’s talk about your first credit and how you got into this crazy business of producing?

My first picture with a producer credit was [David Cronenberg’s] Shivers [1975] for Cinepix. Before that I went to film school. There were only two film schools in Canada in those days. The only one that gave a university degree was Loyola, which is now part of Concordia [in Montreal]. They gave a degree in Communication Arts and they had a Film Studies program, and I was part of a very small group of film students. I think there was maybe 10 or 12 of us and each month it was somebody’s month to make a student movie, and if it was your month, you wrote and directed it. If it wasn’t your month, you were the cameraman or the set dresser or whatever, but the thing that nobody could ever seem to get their head around was being the actual producer and getting everything ready, because it meant you had to get up early. And at least half of us lived together in this big house, and out of sheer frustration, I would just do it.

One of my first real jobs where I got paid was on a movie called U-Turn [1973, directed by George Kaczender]. I was assistant production manager but my real job was to drive back and forth between the unit, which was shooting in Smith Falls Ontario and the production office that was in Montreal. And because I could run a film projector, which was one of my jobs in university for the film society and various professors, I would run the projector for the director at night in the hotel in Smith Falls while everyone else was out drinking.

He would give me his notes to take back to the editor. So I would take the raw stock we shot that day, drop it off at the lab at one in the morning, go to sleep, get up the next morning and take my list of all the crap from various departments that I had to pick up in Montreal, and then I would pick up the dailies and take them to the editor with the director’s notes. And then the editor would give me the dailies from the day before and I would drive them over to Cinepix and sit with John Dunning—who was the head of Cinepix—in his screening room and watch the dailies with him. He would dictate his notes to me to the director. That was my real film school.

I ended up working as assistant editor until the picture was locked and then moved over to Cinepix and they had me running their production stuff.

After a couple of years Andre Link, who was the other Cinepix partner, walked into my office with this tall gangly guy and said ‘hey, you two are going to work together to produce some movies for us, and that was Ivan Reitman [whose directing career includes Ghostbusters].

We did a number of pictures at Cinepix. I was head of production and Ivan was a producer, and we did David Cronenberg’s first movies [such as Shivers] as well as Death Weekend and others, and after Meatballs—which Ivan moved up to direct—it was time for us both to move on.

I moved down to Los Angeles and decided to strike out on my own.

Meatballs grossed $43 million in 1979, but how did the Porky’s franchise fit in your story?

While I was on my own, I was developing a number of pictures and then Harold Greenberg asked me to come back and run production for Astral, so I came back from L.A. [to Montreal in 1981] for Astral. But I didn’t like the corporate side. I said ‘this is not what I want to do, I want to produce’, so I went to Harold and I said ‘this isn’t really going to work out. My name isn’t Greenberg so it’s not like I’m going to take over the company, and I think that I should move on.’

So to get out of the contract, I agreed to produce one movie for them that I had ‘the say’ on. At that time I was talking to [director] Bob Clarke who approached me with an original screenplay for Porky’s, which after initial reservations, I became very enthusiastic over. I went to Harold and said ‘this is what I want to produce’.

We had financing from Melvin Simon, the shopping center magnate, Astral and 20th Century Fox.

Was there also tax shelter money from Canada?

Yes, and because it was Astral, I had to structure it as a Canadian film which was something because we shot the whole thing in Florida. It was pretty funny. I said ‘alright, I’ll sign your contract but all my drivers have to be Canadian’. So I heard ‘my uncle was a Canadian; my aunt Gertrude I think came from Newfoundland’.

We had a $4m budget, which was low even then, but part of the deal is that we didn’t even get the money until nine days before we started shooting. I had the whole crew in the North Miami Beach Holiday Inn; they had to eat there and sleep there and the whole thing was on my credit card. American Express financed the pre-production.

When did you go back to Los Angeles? And why do you still go back and forth to LA so often?

I lived in LA full time well into the 90s … until I married Catherine [1999] and she said ‘I hate Los Angeles, I don’t want to be there,’ so I started spending more and more time in Toronto. I had to be here if I ever wanted to see her [laughs].

Now I go back to LA because that’s where the money is, and distribution. With the exception of [upcoming] Goon, that’s the first film I’ve ever financed through the Canadian system.

I teach at the Canadian Film Center and I tell them ‘you’ve got to go to Los Angeles: that’s Oz.’ And that’s not just for Canadian filmmakers; that’s for British filmmakers and Australian filmmakers and everyone. If you want to play on the world stage, that is how it works.

You don’t have to be there all the time and take meetings every day, but you’ve still got to go there. You’ve still got to kiss the ring. All the executives are there; the decision-makers are still in Los Angeles.

Some say the most Canadian picture you’ve ever made is Polytechnique, directed by Denis Villeneuve [recently nominated for an Oscar for Incendies] that won you your first producer Genie. It is a film that says that violence has to stop, and yet you make horror movies with plenty of violence in them. Do you see any contradiction in that?

No. One entertains. One informs. Nobody can make you a misogynist from watching a movie. Are games more responsible than movies because of first-person shooters? I think that violence in movies and games is cathartic. We don’t advocate violence; the bad guy gets it! That’s how you make a satisfying film.

Is it fair to say that normally you consider yourself a ‘hands-on’ producer?

Yes because I do a lot of films with very young directors. Independent scripts come to you because studios won’t take it because it’s a young director. All my pictures with Miramax were very young or first time directors, like Studio 54, directed by Mark Christopher, or the Australian picture In Too Deep (Michael Rymer), and Chicago was Rob Marshall’s first movie.

Chicago won best picture and other Oscars; did the Oscar boost your career?

Obviously you get a bit of a boost in recognition from that kind of notoriety. Quite frankly what it did for me is that when I’m sitting on an airplane and the guy next to me says ‘So what do you do for a living?’ and I say I’m a movie producer, I finally have a movie that the son-of-a-bitch has seen.

Money talks — awards walk. Nobody gives you millions of dollars easily, ever.