Dr. Seuss' The Lorax fails to uproot The Dark Knight Rises at the UK box office 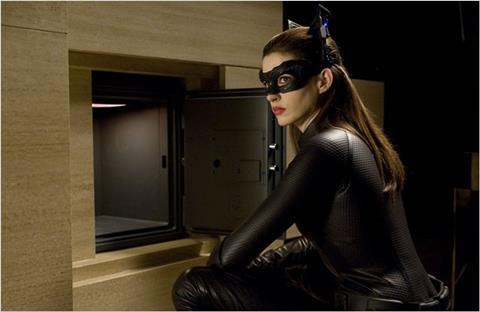 Despite a week-on-week drop of over 50% - arguably both as a result of the Olympics and its high opening weekend - Warner Bros.’ superhero crime epic took almost four times its nearest challenger, Universal’s Dr. Seuss’ The Lorax, and with a non-final running total of $47.4m (£30.2m), has already overtaken Batman Begins’ final tally of $26.0m (£16.6m).

Universal’s 3D animation Dr. Seuss’ The Lorax was this week’s highest new entry as it grossed $3.0m (£1.9m), including previews, to chart second.

That opening is less than $5.7m (£3.7m) taken by Despicable Me - produced by Illumination Entertainment and co-directed by The Lorax co-director Chris Renaud - back in October 2010, although is ahead of the debut of Illumination’s only other feature Hop, which debuted with $2.2m (£1.4m) in April 2011.

Dropping a place to third in its third week - once The Lorax’s previews are factored in - was Fox’s Ice Age: Continental Drift.

Taking a decent $108,000 (£68,857), including previews, on its UK bow was StudioCanal’s highly acclaimed music documentary Searching For Sugar Man to chart 7th; the distributor’s other recent release, Seeking A Friend For The End Of The World has currently taken $1.3m (£815,346) to date.