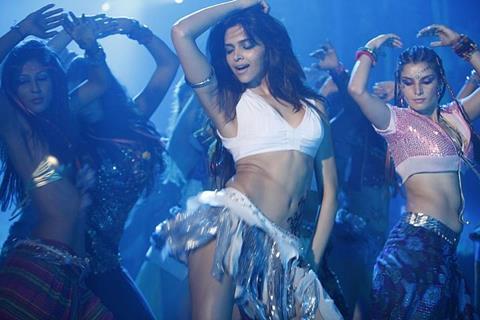 Set against a backdrop of Goa that has in recent times seen a rise in sexual and drug-related crimes, Dum Maro Dum is about narcotics and the gangs who deal in drugs, with the movie angering local people who thought it defamed their State. Yet, the film does not turn out to be quite that controversial, despite the fact that a few offensive lines were scissored before it was certified for public viewing.

Rohan Sippy’s Dum Maro Dum opened to a disappointing 35% weekend theatre occupancy in India, despite a promotional run-up that was as sizzling as the much-touted dance by Deepika Padukone in a guest appearance. Her song, Dum Maro Dum, is a remix of a number from the 1970s Dev Anand directed Hare Rama Hare Krishna where a stoned Zeenat Aman’s Jasbir mouths the lyrics as she sways along with Hippies when Goa was a haven for narcotics. The film was then seen as a strong indictment of Western values, including drugs and divorce.

The new film is the story of a young boy, Lorry Gomes (Prateik Babbar), who is so dejected about being denied a scholarship to an American university and a chance to join his girlfriend there that he agrees to smuggle cocaine in exchange for his fee money.

It is also a story of a corrupt, bribe-sucking police officer, Vishnu Kamath (Abhishek Bachchan), who vows to clean up Goa after the tragic death of his wife  (Vidya Balan as the film’s second guest artist) and child in a road accident.

In a slickly edited, fast paced narrative, Sippy’s stylish work falls back on the usual cop-chase-crook plot, with nothing out of the ordinary to offer, except perhaps some gripping performances and a seductive dance to just about average music.

Babbar (son of the brilliant actress, the late Smitha Patil) -  yet again after Dhobi Ghat (Mumbai Dairies) - brings a refreshing quality to his character by blending a whole gamut of emotions (romantic love, disappointment, nervousness and utter hopelessness) seamlessly into Lorry.

On the other hand, Aditya Pancholi as Lorsa Biscuit rivetingly essays a saint by the day and a Satan by the night, dealing in drugs and luring women into his bed. Bipasha Basu’s Zoe is one of his victims, who is so obsessed with her dream to fly the skies that she leaves her boyfriend, Joki Fernandes (Rana Daggubati), smuggles narcotics out of India and ends up in the arms of Biscuit.

Bachchan is still to give us that one memorable role, and his Kamath sinks in a haze of gunshots and fistfights.