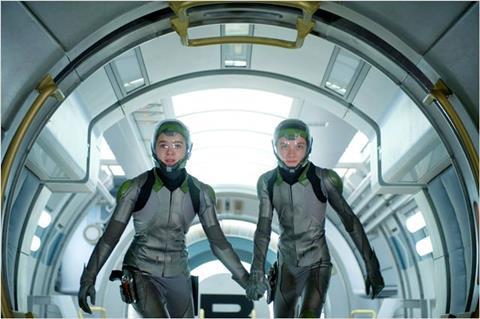 A dark sci-fi adventure, Ender’s Game has plenty of ideas beneath its conventional storyline of a talented prodigy who alone can defeat the forces of evil. Those bolder ambitions aren’t always realised, but it’s a tribute to director Gavin Hood that the film (based on Orson Scott Card’s acclaimed novel) aspires to be a thoughtful, awe-inspiring emotional epic as well as an effects-driven spectacle. Ender’s Game’s moral complexity may come across as muddled, but rising star Asa Butterfield and rejuvenated veteran Harrison Ford give this potentially escapist fable significant heft.

The movie walks a delicate line between celebrating violence and condemning it, and that tension is embodied in the tense relationship between young Ender and the battle-tested Graff.

Opening in the UK on October 25 before expanding to the US on November 1, Ender’s Game is something of a commercial gamble. Despite the popularity of Card’s book, which started as a short story in the late 1970s before being published as a novel in the mid-‘80s, this film doesn’t feature a lot of box office firepower, although Ford might be able to draw in older viewers. With its young main characters probably attracting the same teen crowds that supported The Hunger Games, Ender’s Game will have to compete with the still-potent Gravity as well as two major upcoming fantasy entries: Thor: The Dark World and The Hunger Games: Catching Fire.

The movie takes place in an unspecified future in which Earth is still recovering from a horrifying attack by the Formics, an alien species that looks like giant insects that killed thousands before being finally defeated and beaten back to their home planet. It’s been years since the aliens unleashed their assault, but Earth’s military leaders, most notably the ever-vigilant Colonel Graff (Ford), have been training gifted young people to become soldiers in preparation for any subsequent attacks.

Selected to attend the elite Battle School, which is a space station orbiting Earth, is Ender Wiggins (Butterfield), a shy 12-year-old who’s a cunning strategist. This punishing outer space boot camp is designed to weed out those who don’t have the physical, mental or emotional stamina for combat, but the task is even harder for Ender since Graff has made it clear that he’s the most outstanding pupil and expects him to outclass his peers.

Though the book predates The Hunger Games and the Harry Potter novels, Ender’s Game has the misfortune of coming to the screen after those books, which borrow from Card the notion of a young person who must withstand extreme challenges and compete against others to prove himself worthy. Consequently, this movie adaptation (written and directed by X-Men Origins: Wolverine filmmaker Hood) feels somewhat familiar — an impression strengthened by the fact that this is the umpteenth coming-of-age story about a meek, lowly protagonist ordained as “the one” who must uncover untapped depths to fulfil his destiny.

If Ender’s Game isn’t particularly original, Hood at least imbues the story with a grim urgency, which borders on humourless but nonetheless conveys a tautness that’s sufficiently compelling. Card’s book happened years before the 9/11 attacks, but there’s no mistaking the film’s evoking of that day in its depiction of an Earth still reeling from the Formics’ devastating, unexpected assault.

Glum paranoia hovers over the film, and it’s conveyed nicely in Butterfield, perhaps best known as the star of Hugo and The Boy In The Striped Pyjamas. The young actor projects an almost inhuman stillness that suggests Ender’s cold brilliance, which is crucial since that quality is precisely why Graff thinks so highly of him: The boy takes great pride in his talent for analytical decision-making, sometimes at the expense of compassion.

Speaking of Graff, this gruff commander gives Ford one of his best roles in years. His star power largely diminished, Ford has struggled to find worthwhile parts of late, occasionally sleepwalking through material beneath him. But he latches onto this pitiless military man, bringing real fire to the character. He and Butterfield have a winning rapport: In Graff, Ender sees a disciplinarian father figure, and in Ender the older man sees his last best chance to ensure that Earth will never again be tormented by the ferocious Formics.

To graduate from Battle School, Ender and his troop (including a no-nonsense cadet played by an underused Hailee Steinfeld) must defeat other troops in a series of competitions, and while there’s a familiarity to this plot construction, Hood and his effects team do a nice job delivering enough of a wow factor. This is most prominent in a zero-gravity pseudo-laser tag game; assisted by composer Steve Jablonsky’s booming, solemn score, Hood gives us a rousing, visually impressive action sequence. The filmmaker tops that later with a startlingly believable attack-simulator exercise as Ender leads his team in an imaginary fight against the Formics, his every movement at the command bridge like a conductor guiding his underlings in a concerto of violence.

And it’s here that Ender’s Game proves to be more than just another boy’s quest to become a hero. Without revealing any third-act twists, the movie walks a delicate line between celebrating violence and condemning it, and that tension is embodied in the tense relationship between young Ender and the battle-tested Graff. On one level, Ender’s Game is baldly hypocritical: Millions of dollars have been spent to make a movie with propulsive battle sequences that tries to question the value of war. But at the same time, Hood’s seemingly gung-ho action attitude proves to be a bit of a feint once we reach the conclusion and new information is revealed. Those thematic elements may be awkwardly presented in Ender’s Game, but they’re there, providing a thorny rejoinder to the film’s seemingly uncomplicated action scenes.