Two projects in the works are projects from Jeon Kyu-hwan and Lee Yoon-ki. 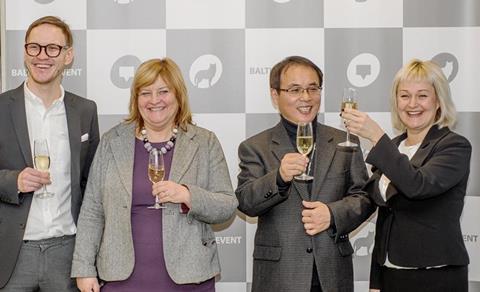 Producers TJ Park of Snowpiercer, Ellen YD Kim of Come Rain, Come Shine and Brian Younghong Chung who worked on Red Cliff and Mr Go spoke on the panel about their experiences, expectations and tips on international co-financing and co-productions.

Sepp said, “One of the most important things to learn from this panel is that ‘we have to keep communicating’. I think this MOU is a sign of trust and cooperation that I hope will also carry on into cooperations between schools and festivals and so on. I hope it’s the beginning of a wonderful friendship.”

Estonia is now the first country in Northern and Eastern Europe to enter into this sort of cooperation with the South Korean film industry.

“The signing of the memorandum between Estonia and South Korea is not only signifying the importance of the Black Nights Film Festival and its position as an ongoing and important platform for Asian filmmakers to the region, but also underlines the role of the event as a bridge between the larger film industries of Europe and South-Korea,” said Sten Saluveer, head of Industry@Tallinn.