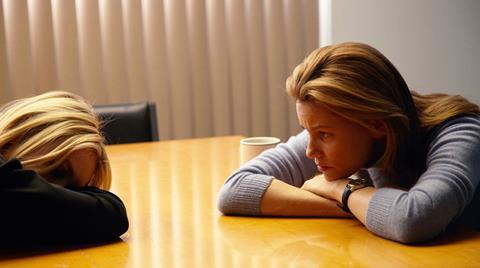 An admirably grim and gritty crime story driven by a series of striking and impressive lead performances (particularly from the fine actresses on show here) the appropriately downbeat Every Secret Thing is a gripping and at times shocking story that deserves to find an appreciative audience.

Amy Berg makes a smooth transition from documentaries, and has a clear eye for crafting a dour blue-collar backdrop for the story to be set against, and draws balanced and intriguing performances from her strong cast.

The film, which had its world premiere at the Tribeca Film Festival, makes the fiction feature debut for acclaimed documentary maker Amy Berg (who made West Of Memphis). Based on the novel by Laura Lippman – and working from a script by Nicole Holofcener – the film is classic crime material, and while it lacks an easy gun-toting action spin that would have made it an easier sell, its thoughtful and increasingly tense structure works in its favour, and allows its actors to gradually reveal their characters.

While there are some strong male characters on show (well played by Common and Nate Parker) the film is essentially about how a series of different (and some very troubled) women deal with the concept of motherhood. In some cases in a very dark and troubling way.

There is a vaguely similar tone at times to Clint Eastwood’s Mystic River – especially in terms of the bleak and matter-of-fact backdrops - as past and present conflict and as childhood friends have to adjust to each other, but Every Secret Thing is very much its own film, with nuanced and complex characters destined to clash on their flawed journeys.

Nearly a decade earlier, a quiet suburb on the outskirts of New York City has been shocked when an infant was snatched from a porch of her home and later found dead a few days later by young police officer Nancy Porter (Elizabeth Banks). It became even more shocking when two eight year-old girls, Alice Manning and Ronnie Fuller, were convicted of the crime and sent to a juvenile detention facility.

Now 18 years old and released from custody, Alice (Danielle Macdonald) and Ronnie (Dakota Fanning) return to their hometown.  They have barely spoken to each other, and each seems eager to put the past behind them, though neither seems to have much of a future. When, a short time after their release, another toddler goes missing in similar circumstances (both missing children were girls of mixed race parentage) police investigate and Porter, now a full detective, and her partner Jones (Nate Parker), interview Alice and Ronnie to see if there is any connection.

Ronnie seems troubled by what had happened to her, insisting the original crime had been Alice’s idea, while the plump and surly Alice, brought up alone by her cloying mother (Diane Lane) seems to live in her own world. She insists Ronnie must be the one behind the new crime, but as Porter races against time to try and solve the crime it becomes increasingly clear that things are far more complex than they appear on the surface. Secrets and dark truths are finally revealed.

Every Secret Thing is littered with fine performances. Diane Lane is wonderfully skittish as the blinkered mother; Elizabeth Banks is wonderfully tough but compassionate as the cop (a nice change of pace against her recent comedy and fantasy roles); Dakota Fanning is impressive as the tormented teen, and Danielle Macdonald shines as the manipulative girl with serious issues.

Amy Berg makes a smooth transition from documentaries, and has a clear eye for crafting a dour blue-collar backdrop for the story to be set against, and draws balanced and intriguing performances from her strong cast. If the film had been a largely-male affair it may have gone down a more cops’n’guns approach, but instead the film weaves in dark, disturbing and worrying truths instead of macho posturing, and is all the better for it.

Screenplay: Nicole Holofcener, based on the novel by Laura Lippman