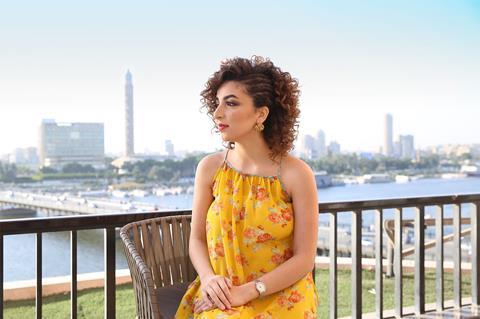 “I’ve always wanted to be a filmmaker for as long as I can remember. I was the only one in class as a 10 year old who knew exactly what she wanted to do,” says Egyptian filmmaker Kawthar Younis.

She owes this calling in part to her father, who was a cinema professor at Cairo Higher Institute of Cinema, one of the oldest film schools in the Middle East. As a child, Younis would attend his lectures and, once she hit her teens, she started gaining experience on sets. When she turned 18, Younis took on paid crew jobs, working for top Egyptian directors such as Yousry Nasrallah and Amr Arafa. She rose up the ranks to become an assistant director.

At the same time, she was studying film at Cairo Higher Institute of Cinema. Her 2016 graduation film A Present From The Past propelled her into the local cinema scene after it became a breakout arthouse hit.

The documentary charted a journey she made with her then 75-year-old father to Rome in search of a long-lost love he left behind decades previously. Younis did not tell her father what she was up to, filming it secretly. “His persona as a professor is very different from his persona as a father and I wanted his real personality to shine through,” she explains.

It was warmly received at her graduation show and was then invited to Cairo International Film Festival in 2016. Local arthouse cinema and distribution label Zawya offered the film a one-week run in its downtown Cairo venue, and it ended up playing for six weeks.

“The revenue for the first week was far bigger than expected so they kept it in the cinema for another week, word of mouth began to spread. A few celebrities and filmmakers talked about it, and it took off even more,” says Younis.

Now a dynamic figure on Cairo’s indie cinema scene, Younis has a slew of upcoming projects. These include drama Yoko And Yasmina (previously titled The World They Knew and currently in post-production) about a Hungarian woman as she prepares for a secret flight from Cairo.

Younis is also developing a portmanteau feature comprising seven short films revolving around the theme of ‘pressure’. She will lead produce and direct one of the shorts.

Younis has set her sights on directing a first fiction feature and has two feature-length projects in development. She has written a first draft of a drama about a woman searching Cairo for her mother following a train accident.

The second feature project concerns a woman who loves her husband so much that she agrees to allow him to take a second wife - who turns out to be her best friend.

Younis says one of the biggest challenges for emerging directors in Egypt is the dearth of strong creative producers, and for this reason she is also mulling whether to become more involved in producing.

“The finding-the-money part would be tough in the beginning and it’s something I’d have to learn, but running and executing a production is something I already understand,” she says.