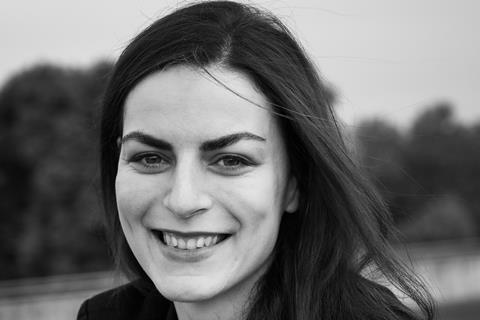 “I had always been interested in film distribution and how you connect great films with audiences when I was working as a film journalist and making films myself,” says Daskarolis, who spent time reading scripts and working in production in Berlin before her move into world sales last year, just ahead of the pandemic.

“I have been concentrating on acquisitions, so I wasn’t as affected by Covid as sales and festivals were,” she explains. “But it was inspiring to see how my colleagues at Pluto continued working with such a positive attitude.”

“We focused on an innovative social-media campaign [for Stop-Zemlia], which helped to create a buzz among the international buyers and we are excited that it will now be getting a US release [via Altered Innocence],” she says.

Daskarolis also has “a very good feeling” about Sonia Liza Kenterman’s romantic comedy Tailor, which has already opened in Greece (via Tanweer) and will be in cinemas in Germany (Neue Visionen), Austria (Filmladen) and Japan (via Shochiku) later this summer.