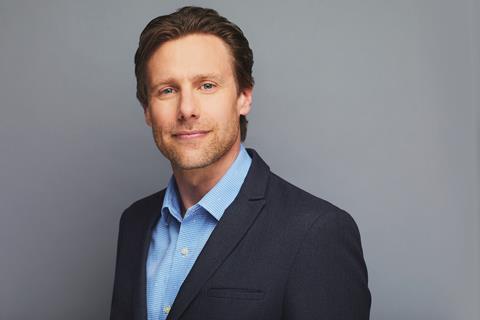 President of the Canadian Media Producers Association Reynolds Mastin says there is a “steely optimism” among his members as he and other leading executives in the audiovisual industry chart a course through the pandemic.

The longtime industry professional and filmmaker advocate has been working with the provinces to get the sector back to work in a safe and timely manner, discussing health and safety protocol guidelines and relief funding, and consulting with the federal government on proposals for an insurance backstop.

On the matter of production, Mastin noted that while provinces have set their own reopening dates (click here), there is currently very little activity because of unresolved insurance issues, and a time-consuming process to implement enhanced health and safety guidelines.

Mastin spoke to Screen to highlight some of the key areas of concern during the pandemic.

What is the situation with insurance in Canada right now? We understand you’ve been talking to the provinces to work with them on a national solution.
We put together a proposal where [federal] government would step in as the backstop if the amount of premiums paid by producers was not enough to cover the amount of claims and it would only be in that scenario that we would ask government to step in… Since then we’ve been engaged in extensive consultation across the industry with key stakeholders to get their feedback on that proposal and we will be providing that feedback to the government as we go along. And they have engaged with us in a very detailed dialogue about what we’re proposing and how we could move forward on the insurance front. [On June 16], the Minister of Canadian heritage Steve Steven indicated during a virtual interview at BANFF that he was fully aware that insurance is a major issue facing production sector and that his department is very carefully assessing options. Production is at its peak during the summer months and so the need for an insurance solution clearly is urgent and the federal government has indicated to us they fully understand the urgency of the issue.

As production resumes in parts of the country, what are the most pressing concerns associated with a return to work?
Some provinces are already essentially allowing production to take place. Others are on the way to getting there but haven’t yet made that call. And then there are others who are sort of in between those two points. So because of that the insurance issue is already very much an urgent necessity that needs to be resolved. Another related issue is the increased production budgets that arises as a result of implementing Covid-19 health and safety protocols, and so for productions that already have locked their budgets prior to the explosion of Covid on the world [several] months ago, this is an especially challenging financial problem to manage. Because the money obviously does need to be raised in order to cover those costs or there’s no production either. And so we are engaged in a dialogue, not only with our industry partners like the broadcasters and the banks, but also with governments around how do we collectively ensure that those costs are fairly covered and fully covered.

Does each province issues its own set of health and safety protocols?
That’s right, in consultation with the industry. So to give you a couple of examples of this, in both Ontario and British Columbia, there are pre-existing committees, industry stakeholders – so producers, guild representatives as well as government – that have been working on Covid-19 health and safety guidelines. In each of those cases those guidelines will ultimately be reviewed by the provincial governments and then, we’re hopeful, quickly approved and ready for use by production. And in fact, British Columbia has already, through an agency called WorkSafe, issued some general protocols for film and TV production. And so the industry committee will issue guidelines that complement what WorkSafe has already put out there.

The shutdown so far has put CA$2.5bn in production volume at risk, and impacted nearly 172,000 jobs. What’s the mood among producers right now?
There is a steely optimism among the members. Everyone recognises that there are still a number of issues that need to be meaningfully addressed in order to ensure fully financed safe production across the country. But the optimism comes from the fact that there’s also been an unprecedented level of collaboration and discussion across industry stakeholder groups to address these issues as quickly and efficiently as possible. And, and we’ve often joked in the past few weeks, if only we could collaborate this harmoniously the rest of the time would be an amazing outcome. And in fact, why I’m optimistic is because I do think we will wrestle these issues to the ground in the immediate short term. And I think this crisis is going to pay long-term dividends in terms of the willingness by the entire industry to collaborate on issues of common interest, and continue to build on our success.

You have said some producers are falling through the cracks and can’t get government funding because of various rules. Can you elaborate?
A number of them are at huge risk, especially because we’re now three months into this crisis, and meaningful relief funding still has not arrived. Literally as we speak there is a Bill that the federal government has introduced in the House of Commons, that would correct a technical obstacle that has prevented a number of production companies from accessing the national wage subsidy programme and because we’re in a minority government right now, they’re experiencing some challenges in getting that language through, but we are doing whatever we can working with the parties to get it adopted as quickly as possible.

And then another issue that we are hopeful will be resolved over the next couple of weeks is that the main industry relief programme was delivered through the Canada Media fund and Telefilm and was limited to production companies that were clients to those two agencies over the past three years. And not all production companies access financing offered by those two agencies or haven’t in the past three years, and so they were excluded from the first round of funding. The government has indicated that there will be a second phase of funding that will be directed in part to those companies that were not eligible in the first face. And that announcement cannot happen soon enough.

What’s been the impact on the Canada-US border shutdown during the pandemic?
The current policy is that where a province has opened up to production, American television workers who have been engaged on a production in that province are permitted to cross the border into Canada, because they’re considered to have an essential work purpose for entering the country. And so right now, our focus is on making sure that that policy is consistently applied across our border, because we have many, many points of entry with the US and so it’s important that there’s consistent application of that policy. We are also working on ensuring that a similar approach is taken to the television workers coming from other jurisdictions. All production is committed to following whatever health and safety protocols are in place in each of the provinces with respect to foreign workers entering the country.