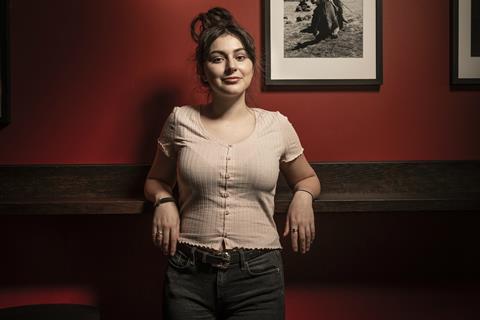 Dublin-born Jordanne Jones made her screen debut at the age of 12 playing Amy, a 13-year-old girl tempted by suicide in Frank Berry’s 2014 feature I Used To Live Here. Her performance won the Irish Breakthrough Award from the Dublin Film Critics’ Circle in 2015.

Most recently she played a teenage goth in Irish actor-turned-director Hugh O’Conor’s 2018 comedy Metal Heart (Jones had met O’Conor when they acted together in RTE’s historical drama Resistance). She is currently shooting a recurring role in Deadpan Pictures’ upcoming 19th-century TV mystery Dead Still, and she is juggling acting jobs with the demands of a film studies and English literature degree at Trinity College Dublin.

Trinity is home for her, in a way: Jones’ mother, Lynn Ruane, represents the college constituency in Ireland’s Senate. Ruane dropped out of school and had Jones when she was 15, and her struggle to overcome personal demons and a deprived background to study at Ireland’s elite university — where she became involved in politics — is well known in Ireland. Jones, now 18, also feels the duty to represent her background and broaden opportunities for those brought up in similar circumstances. “I have a responsibility to make sure more people from my area are brought into the conversation,” she says. However Jones emphasises her independence. “I was acting before [my mother] became a politician — without her influence I would still fight for change.”

Jones trained at the city’s Bow Street Acting Academy, and also boxed throughout her teenage years. “It is really important to me to do something more than just acting,” she says. “I hope to gain a platform to voice my opinions.”