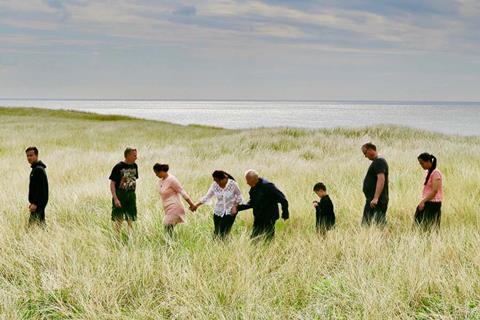 Janus Metz was at TIFF 2017 with the gala opening night film, Borg vs. McEnroe. This year the Danish filmmaker returns with a smaller passion project, documentary Heartbound, which he co-directs with his wife Sine Plambech (who is also an anthropologist and academic). For more than 10 years, they followed the lives of Thai women who came to a small fishing village in Denmark to marry Danish men.

It marks Metz’s return to the documentary genre after 2010’s acclaimed Armadillo.

The film, which premieres on Saturday Sept 8 in TIFF Docs, is sold by Autlook Filmsales internationally, with North America represented by Cinetic and CAA.

How did you get started on Heartbound, when and how did you hear about this community of Thai women marrying Danish men?

I have always been interested in stories about globalisation and how the forces that drive us together and pull us apart on a global stage are produced locally. In 2006, I was researching a film about young African migrants travelling through the Sahara desert to cross the Mediterranean Sea to get to Europe. I managed to get onto a pick up truck in Mali and go through the desert to the Algerian border with a group of clandestine migrants. I came back with some fantastic material, but back then broadcasters in Northern Europe where I have my financing base didn’t think the story was particularly relevant to their audiences.

They perceived the migrant crisis – which has since exploded and become the biggest issue in European politics – to be a Southern European issue. This meant that it was very difficult to finance the project. Furthermore it was a very dangerous project to make and I’d risked my life more than once on the first trip, so I had hesitations about how to tell the story in the best possible way.

At the same time I met Sine (my co-director on Heartbound), who had studied Thai migrant communities in Denmark. She started telling me about the Thai women marrying Danish men and the two communities in Thailand and Denmark that were intimately connected through these marriages. She showed me pictures of big houses in Thailand built by migrant women standing side by side with small wooden shacks, which were the houses of families that didn’t have a migrant abroad sending money home. I saw the story that I’d pursued with the young African men mirrored in these women, and the opportunity of telling this story was contained and cinematically more accessible. The young men I’d met called themselves “the adventurers” and these women undertook the same journeys. They ventured out into the world to find opportunity and to help their families to better lives back in their home countries.

What was it like juggling your bigger fiction films like Borg McEnroe while continuing with this documentary?

Heartbound was always meant to be a slow process. We wanted time to pass through our material to make the film a longitudinal study of migration experienced through the lives of the families who we filmed.

We were always in touch with our ‘subjects’ and ready to move whenever the story called on us, but the filming process of Heartbound was an on/off procedure. However, since I was directing very ambitious projects like True Detective and Borg vs. McEnroe during this time span, there were moments were I wish I could have cloned myself in two and other moments when I completely had to shelve Heartbound.

Then, of course, the advantage of being two directors meant that Sine could sometimes take off and film with our brilliant DoP Henrik Ipsen, if something happened that we absolutely needed to document. From a production perspective, my calendar has not been easy to handle, and I owe a lot to the film’s producer Lise Lense-Møller who had great patience and great skill in keeping financiers and distributers together across the years.

How was it collaborating with Sine, especially as she is the anthropologist – what did you learn from her about telling this story?

This project was all about merging anthropology and filmmaking, so collaborating with Sine (who became my wife during the project) was at the very core of the process. You can say that the film is based on her anthropology. She had very detailed knowledge about these people’s lives so we were able to turn her knowledge into a narrative awareness, that often allowed us to be one step ahead. As a filmmaker you look for the scenes and the moments where a story can be formulated in front of a camera and Sine’s knowledge was a richness of opportunity in this sense.

What were the biggest storytelling challenges on this, was it having so many characters, across a long period of time?

Juggling a character gallery of this size - we follow four couples and their families as well as two young girls - and tying their stories together in a single narrative without loosing empathy for the individual was a great challenge. All these people’s lives took very dramatic turns over the 10 years and they all seemed to mirror each other and make up fractions of the story that we wanted to tell.

On top of that, the story is really about a network of migrants. The characters are all connected, so it was like a spinning wheel with Sommai, the main character of the narrative, in the middle and everything else revolving around her. For a long time we thought that we had to make a three-hour version of the film to serve the material justice and there was a great 2.5-hour cut that maybe looking back is still the best version of the project. However, a doc of this length is very difficult to distribute, and in the last weeks of editing, I saw a way to get the film down to 90 minutes and preserve the thrust of a narrative that drives at a transcendent truth.

Alongside of this we are producing a four-part TV series where each episode is one hour, so some of the great material we had to cut out of the feature version, will come to life in the series.

When one hears about mail order brides, you think the husbands will be really awful and creepy, but that’s not really the case of what you show in the film. Do you think you will open minds?

I hope that the film will open people’s minds, because it is really about needs and longings across global divides. For the most part, the men I met were looking for someone to share their lives with. They were looking for someone to care for and very often they were head over heels in love with the women. They were very dedicated husbands and ready to do everything for their wives. There was great beauty and power in this. You can die from poverty but you can certainly also die from loneliness and most of the men I met were desperately trying to seize life.

I like to think that this is part of what we are trying to capture in the title of the film. The heart has a need. It has it’s own undeniable requests for love, care and companionship that we cannot suppress in the long run. If you put a lid on your emotions, it will come back to haunt you and this goes for both the men and the women in the film. It is a human condition and the exploration of this theme is in fact also part of what connects the dots between Heartbound and my previous work in Armadillo, Borg vs. McEnroe and even True Detective. For the characters in Heartbound, their choices in life are ultimately connected with the need for dignity. We all need to feel dignity to have a sense of self worth and to recognize ourselves as human beings.

Did anything surprise you in the 10+ years of chronicling these people?

The thing that has affected me the most about this story is how much the characters in the film has taken ownership of it over the years. Heartbound is a very direct and raw encounter of their lives and there has been moments where I was afraid that we got too close, that the project was more of an exposé than a film. But all along I had to keep faith in the power of filmmaking and I can see that the characters in the film grew stronger as they put their own lives into perspective and were able to see the bigger picture themselves. This really affirmed my belief in the transformative power of filmmaking. The characters in the film has become agents of change as they stand by their stories.