Ewan McGregor, Jane Seymour, Malcolm McDowell and Hong Kong director Johnnie To among the guests set to attend the festival. 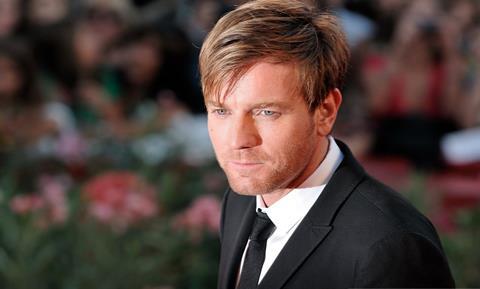 The line-up for the 69th Edinburgh International Film Festival (EIFF) has been unveiled this morning by new artistic director Mark Adams.

Highlights including the UK premiere of Asif Kapadia’s documentary Amy, about the life of singer Amy Winehouse; the latest Disney-Pixar animation Inside Out; Arnold Schwarzenegger in zombie drama Maggie; comedy The D-Train, starring Jack Black and James Marsden; and a biopic of The Beach Boys’ Brian Wilson, Love & Mercy, in which John Cusack and Paul Dano play different aged versions of the musician.

Classic Screenings will include a rare outing for Noel Marshall’s Roar, a cult 1981 big cat movie.

This year’s EIFF will present a series of In-Person events, which will see film names interviewed on stage such as Ewan McGregor, who will attend with his new film Last Days In The Desert; Jane Seymour and Malcolm McDowell, both in Edinburgh for their starring roles in Bereave; and cult Hong-Kong director Johnnie To, with his accompanying feature Exiled.

EIFF honorary patron Seamus McGarvey will return with his cinematography ‘In Conversation’ series with two-time Oscar-winning cinematographer Haskell Wexler (One Flew Over the Cuckoo’s Nest).

A special In-Person talk will celebrate the 60th birthday of British animator Barry Purves; while musician, writer and comedian Neil Innes will present A Half of Innes, a live In-conversation event with musical accompaniment.

The competitive international competition highlights filmmaking from around the world that EIFF programmers term “imaginative, innovative and deserving of wider recognition”. Titles include:

For the first time, EIFF will include a ‘Doc of the Day’, with each featured film supported by an associated event. Titles in the Documentary competition include:

Other documentary titles playing during EIFF include

EIFF will host the world premiere of the English-language version of Under Milk Wood from Kevin Allen, a film adaptation of Dylan Thomas’ classic starring Rhys Ifans and Charlotte Church and a contender for EIFF’s Audience Award.

European Premieres include Welcome To Me starring Kristen Wiig as a woman with borderline personality disorder; and Fresno, Jamie Babbit’s dark comedy about a sex addict. Other UK premieres include Alex Holdridge and Linnea Saasen’s comedy-romance Meet Me In Montenegro; road trip drama The Road Within; and Leslye Headland’s comedy Sleeping With Other People.

The New Perspectives strand will include the international premieres of Index Zero by Italian filmmaker Lorenzo Sportiello, about a couple struggling to stay together in a futuristic Europe, and Emily Ting’s It’s Already Tomorrow In Hong Kong, a Before Sunset-style romance set on the streets of Hong Kong.

A Focus On Mexico, in partnership with the Year of Mexico in the UK, will comrpise 13 feature films including the European premiere of Gabriela Dominguez Ruvalcaba’s documentary The Dance Of The Memory; Ernesto Contreras’ The Obscure Spring; and The Beginning Of Time by Bernardo Arellano which looks at ageing and survival during economic and social unrest in Mexico.

A selection of Classic Mexican films will also screen as part of the Focus, including Roberto Gavaldón’s supernatural drama Macario, the first Mexican film to be nominated for the Oscar for Best Foreign Language Film; and Carlos Enrique Taboada’s Poison For The Fairies, a gothic tale of witchcraft, told from a child’s point of view.

A TV strand will include a sneak-peek at the second season of comedy series Doll & Em, following real-life friends Emily Mortimer and Dolly Wells; and artist Jake Chapman’s The Marriage Of Reason & Squalor starring Rhys Ifans.

Special events taking place during the festival include a screening of documentary 6 Desires: Dh Lawrence And Sardinia, followed by a Q&A with director Mark Cousins; and a 30th anniversary screening of Back To The Future with live accompaniment from the Royal Scottish National Orchestra.