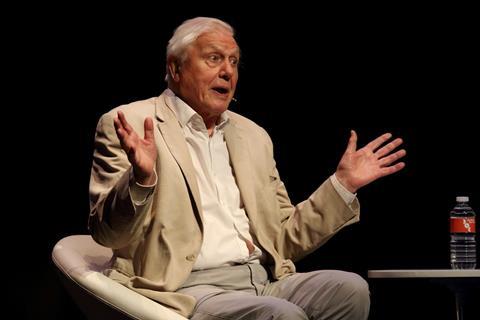 Sheffield Doc/Fest (June 10-15) has reported record figures for its 23rd edition and confirmed that the edition will run June 9-14, 2017.

This year’s documentary festival, the first delivered by festival director Liz McIntyre, reported an increase of 4.6% on 2015 numbers, including industry delegates and public audiences.

Audiences were drawn by big names from the documentary world including US director Michael Moore, whose Where To Invade Next opened the festival; Sir David Attenborough, who was in conversation before a sold out crowd; Palme d’Or winning director Ken Loach; and legendary doc filmmakers D.A. Pennebaker and Chris Hegedus.

The festival closed with The Seasons in Quincy: Four Portraits of John Berger attended by co-directors Tilda Swinton and Bartek Dziadosz, who took part in an on-stage conversation following the screening.

McIntyre said: “These record figures are testament to the creativity, passion and dedication of the festival team who worked with such tireless enthusiasm to deliver this must-see and must-attend programme across the film, Alternate Realities and Marketplace.”

In addition, Sheffield Doc/Fest will tour the winner of its first ever VR Award, Notes on Blindness: Into Darkness to selected nationwide venues in partnership with Curzon Artificial Eye, alongside previews of the doc feature Notes on Blindness.