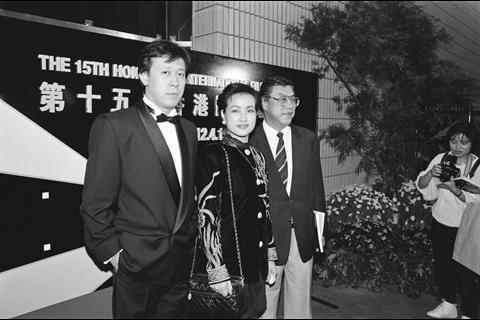 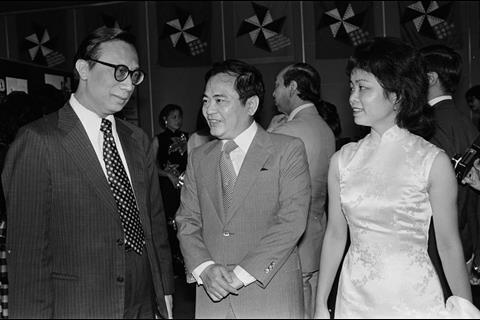 1979: Hilton Cheong-leen, chairman of the Urban Council of Hong Kong, with director King Hu at the film-maker's HKIFF opener Raining In The Mountain. 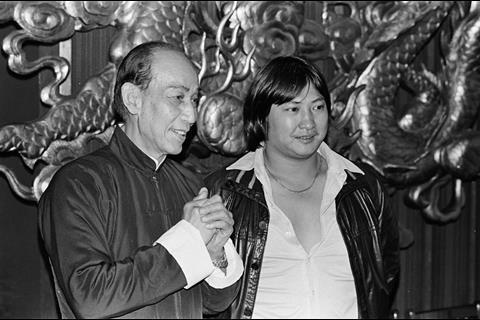 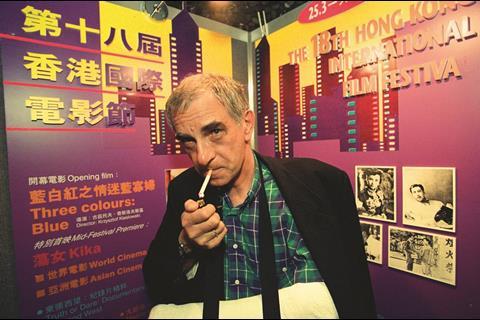 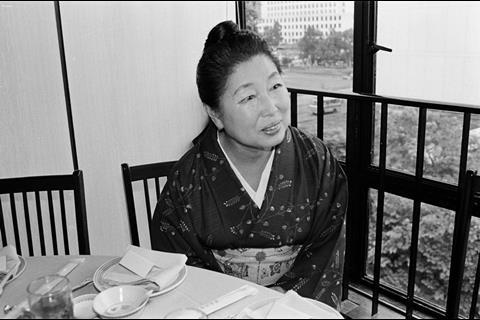 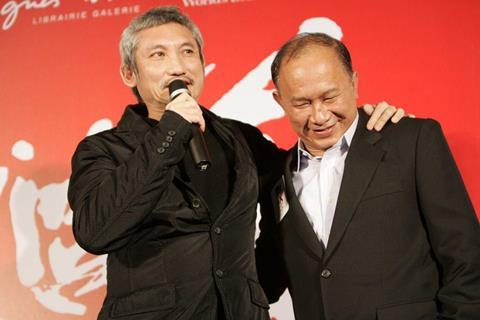 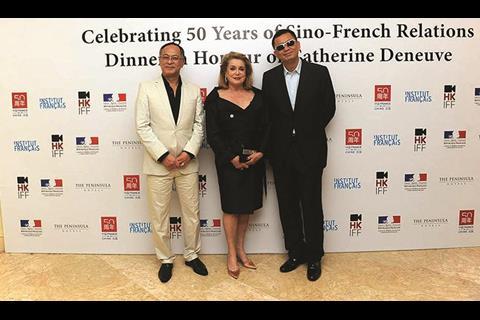 Hong Kong International Film Festival (HKIFF) marks its 40th birthday this year as the oldest international film festival in Asia. Riding on the cusp of the Hong Kong New Wave in the 1970s, the pioneering festival fast became a destination for the international film community, from foreign film critics to festival scouts and buyers who were keen to check out what was in store in the region.

Following the groundbreaking showcase of Hong Kong films by Li Hanxiang and King Hu in the first HKIFF in 1977 and a Hong Kong cinema retrospective in the following year, a dedicated Asian cinema section was introduced when the programme was expanded in its third edition in 1979.

“It was the first ever discrete Asian film programme section of any festival, up to that point. It gave HKIFF an identity,” says Roger Garcia, who was responsible for the expansion that year.

Garcia is now the executive director of event organisers HKIFF Society. He first joined in its second year in 1978 and again in 2010, making him both the youngest and oldest director of the festival. He has seen the festival evolve over the years, particularly in terms of scale. The programme is now six times larger than when it was founded, with more works across the spectrum.

The festival has always maintained its primary objective as an international film event. “We’ve adhered to a curated programme designed to cater to and challenge the audience’s tastes,” says Garcia. “We show popular festival and arthouse films from what I call the ‘mainstream’ festival circuit. We also continue to spotlight films that audiences might not notice. By default we’re probably the premier festival for experimental and avant-garde works in Asia.”

In line with such programming philosophy, the festival has never added a commercial competition or industry market. “Every year our audience surveys support this decision,” Garcia reveals.

As Hong Kong New Wave was an inspiration for Taiwanese cinema and later mainland Chinese cinema, HKIFF developed in tandem with the rise of Chinese-language cinema and became the launch pad for modern Chinese cinema when it premiered Chen Kaige’s Fifth Generation masterpiece, Yellow Earth, at its 9th edition in 1985.

“In the mid-1990s, HKIFF was the hub for young film-makers like Ann Hui, Tsui Hark, Hou Hsiao-hsien, Edward Yang, Zhang Yimou and Chen Kaige. Because of political barriers, Hong Kong was the one place where they could all meet together,” says Garcia.

Now in the age of information overload, he admits: “The specialised discovery role that HKIFF played before is no longer so essential.” The festival’s greatest supporters remain the local public audience that keeps the festival admissions stable and represents around 75% of all tickets sold at the event.

“We still present an annual spectrum of world cinema. We’re still strong in Chinese-language and Asian films, with revealing features and documentaries. Our audience still enjoy the programme,” Garcia says.

HKIFF kicks off on March 21 with a double bill featuring the world premiere of Yang Qing’s caper Chongqing Hot Pot and the Asian premiere of the Johnnie To-produced Trivisa, a gangster noir by three young Hong Kong directors.

The closing film is Japanese auteur Kiyoshi Kurosawa’s Creepy, which, like Trivisa, premiered at the Berlinale last month. More than 240 films from 66 territories, including 63 world, international and Asian premieres, will be screened over 15 days.

Artistic director Li Cheuk-to, who has been with the festival for almost 30 years, highlights some of the special screenings and events of the 40th bash. His picks include the 3D version of Wong Kar Wai’s The Grandmaster and an extended 60-minute version of Eros: The Hand, both of which play in Hong Kong for the first time; John Woo’s classic A Better Tomorrow (1986), which will be screened in a restored 4K format to celebrate its 30th anniversary; and also in 4K, Bruce Lee: 4 Classics Restored, including The Big Boss (1971), Fist Of Fury (1972), The Way Of The Dragon (1972) and Game Of Death (1978).

Li is also excited by Hachimiri Madness — Japanese Indies From The Punk Years, a showcase of 8mm works from the 1970s and 1980s by Japanese film-makers such as Sion Sono, Shinya Tsukamoto and Shinobu Yaguchi; and the Arabian Nights trilogy, the three-part contemporary fable by Portuguese auteur Miguel Gomes about his country’s decline into austerity. Also on the radar to mark the 400th anniversary of the Bard’s death is Shakespeare Lives In Film: A Trio Of Macbeths, a showcase of three interpretations of Macbeth, with Akira Kurosawa’s Throne Of Blood (1957), Roman Polanski’s The Tragedy Of Macbeth (1971) and Justin Kurzel’s Macbeth (2015).

Special events include seminars ‘40 years of Hong Kong cinema’ featuring three generations of Hong Kong film-makers, Stanley Kwan, Pang Ho Cheung and Adam Wong, and ‘In The Mood For Films: 25th anniversary of Jet Tone Films’ with co-founder Wong Kar Wai as the guest speaker and Port Of Call director Philip Yung as moderator; and a masterclass by Hungarian director Bela Tarr following the screening of his 2011 film The Turin Horse.

There is a focus on Korean cinema, and guests will include director E J-Yong and actress Youn Yuh-jung (The Bacchus Lady), director Kwon Oh-kwang and actor Lee Kwang-soo (Collective Invention), director Im Kwon-taek and actress Kang Soo-yeon (The Surrogate Woman) and director Woo Min-ho (Inside Men).