EXCLUSIVE: Raft of deals include sales to Japan, China. 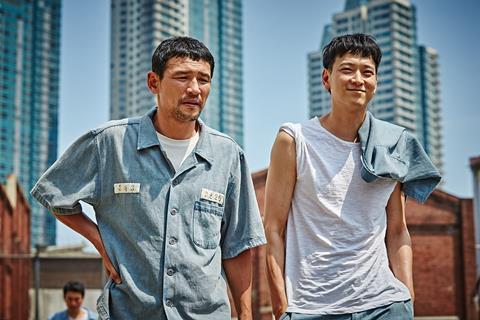 Korea’s Showbox has sold Lee Il-hyung’s hit action drama A Violent Prosecutor and Lee Yoon-ki’s melodrama A Man And A Woman to a slew of territories including Japan and China.

A Violent Prosecutor, starring Hwang Jung-min and Gang Dong-won, made $64m with 9.68 million admissions at the local box office as of March 9.

A Man And A Woman, starring Jeon Do-yeon and Gong Yoo, has sold to Japan (The Klockworx), Taiwan (AV-Jet), the Philippines (MVP Viva) and worldwide in-flight rights (Emphasis).