The US business is in uncharted waters, with the global financial meltdown creating new paradigms and opportunities for independents. Screen’s US editor Jeremy Kay gathered a diverse group of luminaries to discuss the business in 2010 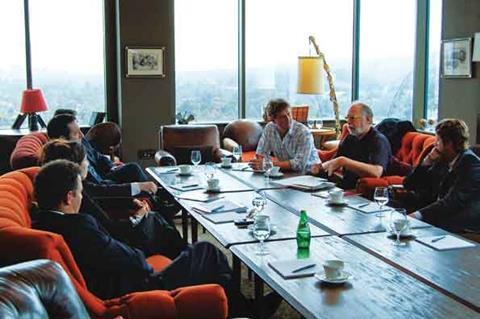 Hal Sadoff is head of international and independent film at ICM

How was Cannes, and what is your overall snapshot of the independent space in the wake of the economic meltdown?

Rena Ronson There has been a correction in the marketplace that has actually been good for our independent business. It has made us really look at what the market can bear and evaluate projects judiciously so we don’t fall into the same pit as before ― making movies that perhaps should not have been made with inflated budgets, just because someone was going to write a cheque. That money has gone away, distribution companies have shut down, and if we don’t treat the new equity coming back into our market prudently, that will go away as well and we’ll be in bigger trouble.

Marc Schaberg Cannes was challenging but we’re optimistic. When you have something that’s on the bullseye and the price is right, the buyers are there. If it isn’t, they will wait until it’s finished. So this entails us trying to learn about the market and what people are looking for. We manage the Incentive Fund, so we have money to work to put into a movie, which has increased the number of projects that are coming our way.

Jay Cohen The foreign buyers are much more focused on genre. Five years ago they were looking for a more completely packaged film; now they’ve gone back to what they used to do, which is asking us to send them the script so they can get involved at the grass-roots stage. They will give you names or come to you and say they’re looking for thrillers, romantic comedies, comedies and action films.

Jonathan Dana But there’s some risk with that ― it can lead to homogenous material. It’s often the outlier that becomes the hit. If you try to categorise things too much, you can miss the boat. The extreme examples involve high-net-worth individuals on a portfolio basis who make five to 10 movies. That was the plan on something like Precious.

What are some of the challenges you face overseas?

Hal Sadoff Distributors and producers around the world are producing local-language product, and the studios have started local-language production arms and that’s hurting the pre-sales market and the demand for product. With all of these issues, it really creates an opportunity in the marketplace. With fewer movies being financed and with the appetite for more commercial movies internationally, there’s an opportunity for people to make films that will be exploited by a worldwide audience, with universal subject matters, made at the right price with the right cast.

Rena Ronson Independent financing is still mainly predicated on foreign value. The problem today is that sometimes we have to put a zero value for North America because we just don’t know if it will sell with an MG or be a more creative deal, a straight distribution deal, or if it will sell at all. Same with Japan, which in some cases will also hold a zero value in the overall estimates. We used to say the soft money and tax incentives here in the US took the place of the North American sales; now we’re seeing holes in some of the territories as well.

Bill Johnson It seems like that middle ground of tweenies which the robust video market used to soak up has fallen away and now it’s clearly theatrical product or else the buyers want to sit back and try to pick up stuff that falls to the ground. It could be more concept-driven [material that entices foreign buyers] or the right money in the right concept. Gone are the days when you’re throwing a few faces on a video box. When we’re assessing a project’s viability, I try to put myself in the distributor’s shoes and imagine how they would market it. If I cannot see who the audience is, I won’t be able to communicate to the distributor why the movie is viable.

What does a bank need to see in order to lend money?

Dave Hutkin When we evaluate projects, it starts with the people involved. I won’t even approach it unless the right people are involved ― producer, executive producer, sales agent. If you’re dealing with someone who’s in a lawsuit or has capital problems ― I don’t care what the project is ― we won’t lend. You can still get mezzanine funding. It used to be that you would have 25 different sales agents [banks would lend to] but it’s changed a lot. Beyond that, you need to see a few pre-sales to the right people.

Do international buyers always want to see a domestic deal?

Jay Cohen Because it’s been so hard to get domestic distribution, a lot of territories are not so concerned about a domestic deal. They may not be overpaying in the market. They will release whatever they feel does better for their market. They’ve become more focused on what works for their market and less worried about what the rest of the world is doing.

Bill Johnson It seems like in the US there is not much of a middle ground on p&a ― you’re either spending $25m-$30m like the studios or doing a very limited platform release and hoping to catch fire. P&a is like trying to build a tower in the water and you have to spend so much money before you break through the surface of the water and get visibility. The European distributors are dealing with smaller territories and don’t have to take the risk on p&a that some of the US companies do here.

Hal Sadoff Going forward, brands and branding are going to be much more prevalent in independent productions ― whether this comes in on the production side or on the p&a side.

Dave Hutkin Collapsing [theatrical] windows will have an effect on the smaller theatres and on the middle ground where you have the $5m-$25m films. If you don’t spend the p&a, you don’t create that marketing value for the film for the next 10 years. What are the leaders in a library? There has to be a few films that have grossed $50m at the box office. There may not be any if you don’t spend the p&a.

Jonathan Dana You tend to back into the budget of a movie, but if you take as many data points as you can then you try to figure out if you can do it and it becomes a function of talent deals, production offsets, soft money, pre-sales. Part of the pre-sale business is finding out if you are the only one crazy enough to make that particular movie. VoD is becoming a big part of the business though it’s tough to measure it because for some reason people don’t like giving out the numbers. If you don’t have a pay-TV deal, it’s very hard because it’s a risky proposition selling for TV on a case-by-case basis. The Relativity-Netflix deal creates a de facto additional pay-TV buyer.