Screen International brings you the profiles of French broadcasters Canal Plus, France 2 and 3, M6 and TF1. 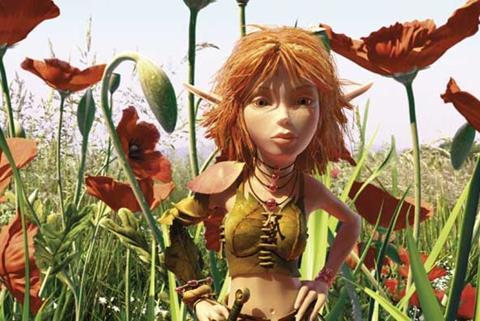 In 2008, the four major terrestrial broadcasters (TF1, France 2, France 3, M6) aired a total of 700 films, while pay-TV channel Canal Plus showed 426 over the year, according to the CNC. A large portion of those films are French and/or European in origin thanks in part to local tastes but also because of legislation dictating that each channel must invest a certain portion of its annual revenue into French and European film production. While there is a certain amount of transparency regarding the level of investment in those films, when it comes to their acquisitions budgets for US titles — and details of any output deals — the leading broadcasters are less forthcoming.

Film buyer Manuel Alduy, head of cinema
Output deals With all the US studios, except Warner Bros.
Typical Canal Plus film First-run features across all age categories and all genres.
Ratio of local films to US and international films bought 40% French, 20% European, 40% international.
Markets and festivals Cannes, MIP, Mipcom, Toronto and AFM.
Pre-buys and investments Film arm StudioCanal co-produces 12 French films per year which Canal Plus acquires at the same time for broadcast rights, and co-produces around five international films. StudioCanal also has a deal with Universal and co-produces projects from Working Title Films.
Number of films bought annually Canal buys more films as its number of channels has increased. The packages Canal Plus Cinema and Canal Plus Family
each offer specific films — mostly premieres for Canal Plus Cinema and mostly family titles and classics for Canal Plus Family. There are about 500 films bought for Canal Plus’ premium channel (2,000 for other group channels).
On-demand services Canalplay is available to Canal Plus subscribers either online or via television. There are more than 3,000 titles in the service.
Five most-viewed films on Canal Plus*, Jan-June 2009
(1) Welcome To The Sticks
(2) Asterix At The Olympic Games
(3) Disco
(4) Enfin Veuve
(5) Les Randonneurs A Saint Tropez
* Across all channels

Film buyer Remi Jimenez, deputy director of acquisitions
Output deals Summit Entertainment, Sony Pictures Entertainment Typical M6 film Big-ticket US and French films which skew to a younger demographic. Ratio of local films to US and international films bought In 2008, M6 aired 58 French films, 53 US films and 25 European films.
Pre-buys and investment M6’s film arm SND is a powerhouse distributor of US film via its stake in Summit Entertainment. In 2008, it also invested $31.1m (¤21.2m) co-producing or pre-buying 10 French projects.
Number of films bought M6 aired slightly fewer films in 2008 than in 2007 and invested in five fewer films.
On-demand services M6Video.fr is moving to a new site for download to computer. In the meantime, the channel has launched M6replay.fr, a catch-up TV service, but does not offer films to download online.
Five most viewed films on M6, 2008
(1) Indiana Jones And The Last Crusade
(2) Raiders Of The Lost Ark
(3) Indiana Jones And The Temple Of Doom
(4) Fantastic Four
(5) Jurassic Park