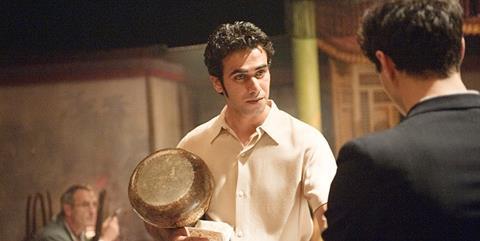 Less familiar tales of the Muslim community’s involvement in the French resistance movement are woven into an absorbing, understated wartime drama in Free Men. Writer/director Ismael Ferroukhi’s sincere, eye-opener of a film would make an excellent companion piece to Rachid Bouchareb’s 2006 film Days Of Glory (Indigenes) as it follows a young Algerian immigrant in Nazi-occupied Paris who eventually commits himself body and soul to the cause of French freedom.

Free Men it is a solid piece of storytelling that engages both the heart and the mind.

Free Men lacks the dramatic fireworks of Days Of Glory or the emotional assault of last year’s The Round-Up (La Rafle) and is therefore a less robust commercial prospect. A fresh perspective on eternally fascinating subject matter allied to the rising star presence of A Prophet’s Tahar Rahim should ensure respectable box-office returns on its French release in late September with modest theatrical possibilities to follow in other territories.
Rahim is the heart of the film as his bashful, soft-hearted black marketeer Younes is awakened to the struggles that surround him. Rahim invests the character with wide-eyed wonder and a wary manner that makes him an engaging central figure.

In the summer of 1942 (the time of the events in The Round-Up), Younes  is arrested by the Nazis and given the chance to save his own skin if he will work as a paid informer among the Muslim community. He starts to attend the Paris Mosque run by Si Kaddour Ben Ghabrit (Michel Lonsdale) and also befriends singer Salim (Mahmoud Shalaby). The film is billed as a fictional story freely inspired by true events and both Ben Ghabrit and Salim are based on real figures.

Younes sense of what is at stake grows as he realises that Salim is at risk because of his Jewish heritage and that the wily Ghabrit is playing a dangerous game with a cordial affability towards the Nazis that conceals the sanctuary and assistance he is providing to the persecuted Jews.

There is nothing too surprising in Free Men but it is a solid piece of storytelling that engages both the heart and the mind. Ferroukhi studiously works to avoid melodrama but the result feels a little bloodless and some of the secondary characters are underdeveloped, especially Leila, a woman who seems set to become a major character but disappears from the story.

The role wastes the talents of Incendies star Lubna Azabal and Stephane Rideau is equally underused as resistance fighter Francis. The minimalist production design and brightly-lit cinematography set the period without overwhelming us in detail or coating events in a sepia glow of nostalgia.

The streets of Paris are resourcefully used whilst the maze-like interiors of the Mosque and the smoky world of nighttime clubs are all effectively deployed to create atmosphere without adding any kind of chic glamour. Everything serves the director’s serious intentions and even a car chase and shoot-out are brief, messy affairs rather than an excuse to change tempo and set the pulse racing.