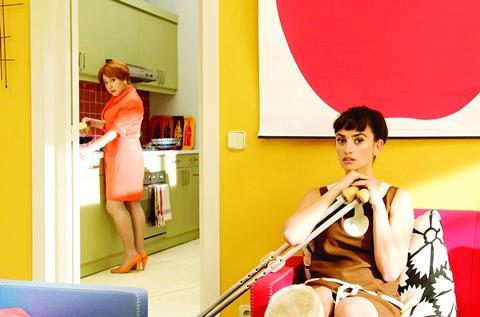 Watching films on TV remains a popular pastime in Germany despite competition from home-grown TV series and the plethora of imported US crime dramas. ProSieben recently attracted 3.5 million viewers for The Simpsons Movie and 2.6 million for a re-run of Pretty Woman, while ZDF posted 4.7 million for 1998’s Six Days, Seven Nights. However, independent distributors find it increasingly difficult to sell non-blockbuster titles to television and the slots for European arthouse titles are never in prime time.

Film buyer Norbert Himmler, executive director, feature films
Output deals Recently signed a three-year output deal with NBC Universal.
Typical ZDF film US studio movies as well as European thrillers such as The Alzheimer’s Case and Contre-Enquete.
Ratio of local films bought to international and US titles Some 60%-70% are
US films. The percentage of German films is very small. Markets and festivals Berlin, Cannes, LA Screenings, AFM, BBC Showcase,
Mipcom and MipTV.
Prebuys and investments Recent pre-buys include In The Electric Mist and Transsiberian. ZDF is also a significant backer of German film-making
through its financial participation in regional funds in Hamburg, Bayern and North-Rhine Westphalia, through which it takes German TV rights to the
projects it produces directly. Number of films shown ZDF’s main channel buys around 100-120 films a year. New channel ZDFneo will be launched in November aimed at the 25-49 age group as part of ZDF’s existing bouquet of non-subscription digital channels. It will be looking for an additional 40-50 films a year.
On-demand services As a publicly funded channel, ZDF is not allowed to offer its own VoD channel. However, ZDF Enterprises licenses the VoD rights of ZDF
films to third parties.
Five most viewed films on ZDF, Jan-June 2009
(1) Harry Potter And The Goblet Of Fire
(2) The Sentinel
(3) Six Days Seven Nights
(4) Bandidas
(5) After The Sunset