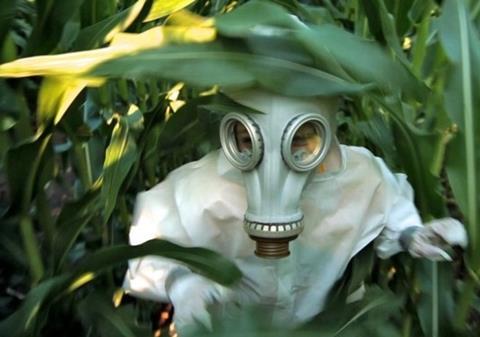 The impressively earnest GMO OMG joins the series of similar films raising issues about the state of farming – such as Food, Inc., Our Daily Bread and Farmageddon – and in particular genetically modified crops, and while constantly provocative and intriguing it falls into the niche release bracket, though could intrigue television buyers.

Smart animation and a series of powerfully provocative statistics punctuate the film, and while familiar it is still a subject that needs to be focused on.

It is the sort of documentary that will crop up at other film festivals, especially in the US, which is the core focus of Seifert’s film that dwells on genetic modification that hasn’t been tested.

He interviews politicians, farmers and environmentalists. The story details his discovery of GMOs through the symbolic act of poor Haitian farmers who burned seeds in defiance of Monsanto’s gift of 475 tons of hybrid corn and vegetable seeds to Haiti shortly after the devastating earthquake of January 2010.

Visiting Haiti to learn why hungry farmers would burn seeds, there is a revelation about genetic modification of food in the US, and what is at stake for the global food supply. His journey takes him across the US as well as offering glimpses of hope via organisations such as Seed Savers Exchange in Iowa and the Svalbard Global Seed Vault in Norway. Smart animation and a series of powerfully provocative statistics punctuate the film, and while familiar it is still a subject that needs to be focused on.