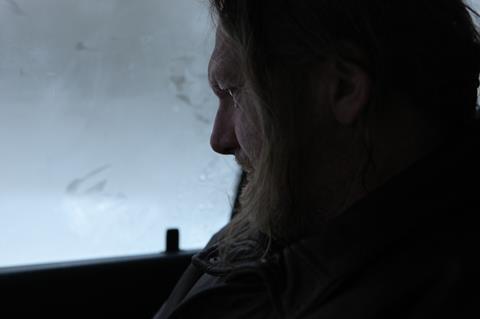 The result of the unlikely collaboration between an ex-prisoner with artistic leanings and an award-winning documentary maker, Hail includes painful social commentary, ultra-real sex and brutality, blood-soaked revenge action, loud ‘scratch video’ montages, unexplained location and weather shifts, and – in a flight of experimental fancy  - a (presumably dead) horse freefalling through space.

This challenging docu/drama hybrid, that premiered at the Adelaide Film Festival, is a lumpy mix unlikely to have general box office potential, though Madman are planning an Australian release and Celluloid Dreams are on board for world sales. Festivals will be interested.

Writer/director Courtin-Wilson - who made the feature documentary Bastardy - and ex-con/actor Jones previously made the short documentary Cicada (2009) together. Here they have refined their working methods and greatly extended their ambitions. Jones recounts his history and stories to Courtin-Wilson who shapes them into raw, expletive-filled dialogue that Jones performs uncompromisingly to camera.

Returning from a prison stretch, the fictitious Jones returns to the home he shares with his (real-life) partner Leanne (Letch). Their happiness at being together is movingly real, but soon his deep insecurities and her drug-taking problems resurface. With the slurred speech of long-time boozers, they try to get their fractured lives together, look for work, reconnect with friends. But, prison-wrecked and drink-frazzled, he’s not coping: “I’m a danger to me,” he warns her.

This is excellently established; but, over halfway, the film switches genre and Jones becomes a very un-sober Charles-Bronson-type avenger. Extreme torture and savagery rule and horses fall from the sky. Jones’s fate is abruptly left to your imagination.