House At The End Of The Street 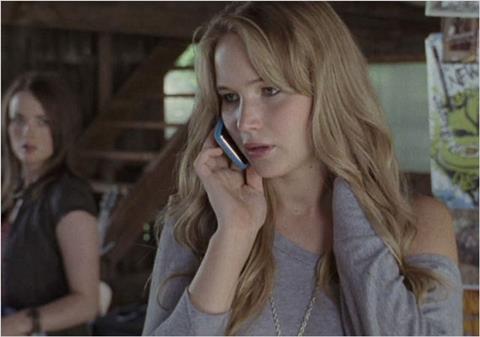 In her first release since the massive success of The Hunger Games, Jennifer Lawrence adds a modicum of dramatic interest to twisty but not very effective thriller House At The End Of the Street. The young Oscar nominee’s presence should boost the youth audience for this uneasy mix of psychological suspense and horror action but the broader audience may choose to wait for Lawrence’s appearance in buzzed-about November opener Silver Linings Playbook.

The big plot twists and the woman-in-peril action come in a third act that ups the energy level but feels awkwardly paced.

Going wide in the US on Sept 21 through Relativity’s Rogue Pictures, House will need to capitalise quickly on Lawrence’s growing reputation. International independents that have bought the film from producer FilmNation may find it harder to take advantage of the casting given that Hunger Games was less of a hit outside the US.

Lawrence - who got this part before she secured her Hunger Games role - plays Elissa, a bright high schooler who moves into a new house with her divorced mother (Leaving Las Vegas’ Elisabeth Shue). Rent on the spacious property is manageable because a few years earlier a married couple was murdered in a neighbouring house, leading to rumours of a scary presence in the surrounding woods and social rejection for the couple’s surviving son Ryan (Max Thieriot, from Jumper).

Elissa is drawn to the moody Ryan but what seems at first like a budding romance eventually leads to a psycho killer showdown.

Director Mark Tonderai, a former UK radio DJ who made his feature debut with 2008 British thriller Hush, sets the story up with some style and takes time to introduce subplots involving Elissa’s relationships with her mother and new classmates.

But Elissa and Ryan make a dull, talky couple and the suspense is spread too thin to keep the first two acts interesting. The big plot twists and the woman-in-peril action come in a third act that ups the energy level but feels awkwardly paced.