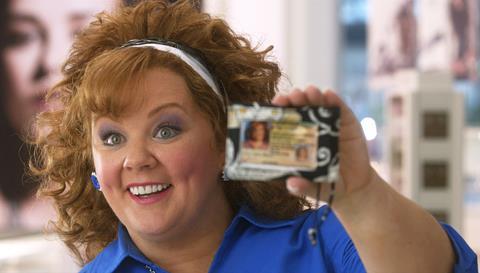 A misplaced focus on action hijinks helps sink Identity Thief, a purported comedy that squanders its rich concept, as well as the talents of its two leads. The more physical-minded slapstick of Bridesmaids’ Melissa McCarthy would seem a good pairing with Jason Bateman’s slow-burn comedy of temperamental mismatch for this tale of a victim of fraudulent impersonation who tracks down his perpetrator, but a cabal of under-sketched narrative interlopers, an uncertain mixture of tones and, most damningly, a general lack of good ideas and jokes doom this strained offering.

Bateman is characteristically strong in his deadpan exasperation, and though the invested McCarthy is an innately watchable screen presence, too much of her performance is built around milking listless laughs from the idea of a bigger woman having a sex drive.

In Florida, Diana (McCarthy) lives it up, using fake credit cards procured with other people’s personal information. Her latest victim is Sandy Patterson (Bateman), a white-collar Colorado guy with a wife (Amanda Peet), two young daughters, and a third on the way. When Diana’s antics destroy his credit rating and threaten his employment at a new financial industry start-up, his new boss (John Cho) gives Sandy a week to deliver Diana to the police and clear his name.

Through means coercive and forced, Sandy corrals Diana for a road trip back to Colorado. It’s not a quiet drive, however. The pair is pursued by a pair of slick thugs (Genesis Rodriguez and Tip “T.I.” Harris) out to kill Diana for selling their criminal boss phony credit cards; an equally bloodthirsty bounty hunter (Robert Patrick) also later joins the pursuit.

Scripted by Craig Mazin, Identity Thief tries to thread a needle between something wild and something more heartfelt and reconciliatory. It can be done: Bad Santa had success in locating a believable humanity while still remaining essentially true to the perpetually annoyed and degenerate nature of its main character. Identity Thief, however, feels like an overly work-shopped film trying to serve different masters, and a fundamental misread on a basic idea that could be a lot more fun. In short, should there really be car chases and shootouts in a movie like this?

While other, earlier attempts to attach Diana’s sociopathy to a deep-seated neediness are broad, there’s a stirringly good sequence where Diana finally confesses some personal details to Sandy, and it confirms the tears-of-a-clown soul that could serve McCarthy well if she ever wanted (or had the chance) to branch out into more dramatic fare. The problem is that it feels like it belongs in another film — as does a painfully unfunny camping digression and bit with a snake that feels like a recast Harold & Kumar outtake.

Mazin apportions time and energy poorly; all the thugs and bounty hunter antics feel uninspired and unfunny. Conversely, the amusing idea of a cash-strapped Sandy and Diana furthering their road trip by setting fire to the identity of Sandy’s horrid ex-boss (Jon Favreau, in a one-scene cameo) is cut short before really getting a chance to blossom.

In working with many of the same below-the-line players (including production designer Shepherd Frankel, costume designer Carol Ramsey, composer Christopher Lennertz and editor Peter Teschner), Gordon ports over the same colorful tones and glossy rhythms of Horrible Bosses. Whereas that movie felt purposefully and uniformly larger-than-life, however, Identity Thief jumps and drags, not earning its 112-minute running time.

Bateman is characteristically strong in his deadpan exasperation, and though the invested McCarthy is an innately watchable screen presence, too much of her performance is built around milking listless laughs from the idea of a bigger woman having a sex drive.

Rodriguez and Harris are an especially baffling and disagreeable pairing, while Patrick escapes judgment only by virtue of his wily professionalism. The bright spot among supporting performances is Eric Stonestreet, who gets to play drunk, rascally and country, in a nice stretch from his Emmy-winning small screen turn on Modern Family.

Screenplay: Craig Mazin, based on a story by Craig Mazin and Jerry Eeten