Japan In A Day 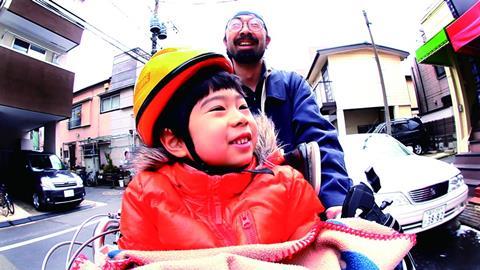 The “In A Day” franchise - for it has become so - has found at last a clear focus in Japan In A Day, shot on March 11, 2012, the first anniversary of the Great East Japan earthquake and resulting tsunami which devastated the country both physically and emotionally. This was a day in which Japan examined itself, looking at the open wound of what happened a year prior and its nuclear fallout: the results are unusually open, contemplative and, at times, extremely moving.

Silent beach-front protests, the ever-present threat of nuclear radiation which confines families to home, the pain of the family man now in temporary housing for single person, and more besides, work to make Japan In A Day a poignant snapshot of the state of the nation.

A total of 8,000 contributors in Japan and overseas uploaded their footage to YouTube and, as edited by Kristina Hetherington and co-directed by the UK’s Martin (TV’s Wallander and Birdsong) and Fuji TV director Narita, the results don’t just focus on the disaster, but everyday life as it flows beside it. Children run boisterously around, the elderly go to mourn, there’s a trip to see the cherry blossoms in Kawazu, the father-and-son duo from Kevin McDonald’s original Life In A Day film, released in 2011 and available on YouTube, go for a cycle ride.

But silent beach-front protests, the ever-present threat of nuclear radiation which confines families to home, the pain of the family man now in temporary housing for single person, and more besides, work to make Japan In A Day a poignant snapshot of the state of the nation. This film would appear to be at the very least a clear-cut small-screen success, of interest wherever there is interest in Japan - although working against any sort of theatrical exposure is the fact that this is the third in a series that has been freely available.

While this montage has been painstakingly assembled by British editor Hetherington, it has no narrative thread past the hours of the day. The result doesn’t feel like a documentary, but neither is it a feature. It relies, perhaps too heavily, on Nitin Sawnhey’s new-agey world-music-y score to pull it together, and some will find this far too clumsily insistent. Still, though, and in an impressionistic blur, it does manage to channel the national psyche in the face of disaster. Watching people stumble around their lives, for better and worse, effectively opens up the emotionally-reticent Japanese, known for their stoicism.

Japan’s day starts in a taxi as the clock turns midnight; the day is March 11 2012, a year since the Great East Japan Earthquake and resulting tsunami ripped through the country’s northeast coastal communities, killing 16,000 people but also triggering a second tragedy in a meltdown at the Fukushima Nuclear Power Plant. A total of 3,000 people are still missing; 330,000 are still homeless. Vast tracts of land are uninhabitable. People struggle to come to terms with what happened then and what has taken place since. These facts are hard to précis on film, and documentarians have struggled.

But somehow, Japan In A Day manages to show the human face set against adversity. The producers of this film (executive producer Ridley Scott and his production company Scott Free) must have known that tech-savvy Japan in particular would commemorate its fallen in a distinctive way when they called for submissions. but they could hardly have expected some of the exceptional footage assembled here, and the editing in particular has risen to the challenge.  It’s hard to watch the minute’s silence at 14.46 and not feel as if you are in some way there. “In A Day”, which is being sold internationally to TV companies, has found itself in Japan. It will be interesting to see where it goes next.

The film had its world premiere on the opening day of the Tokyo International Film Festival, and screened shortly after at the London Film Festival.