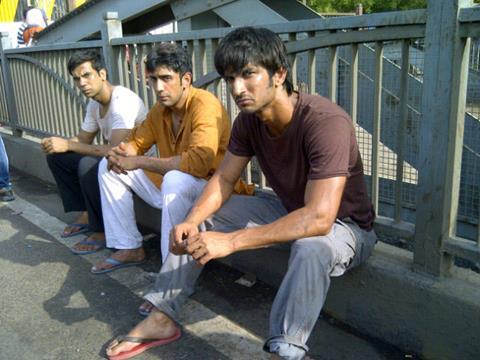 Religious violence and the traditional game of cricket might seem like odd bed-fellows on paper, but Abhishek Kapoor’s absorbing and smartly constructed indie Indian sports drama could well click with astute audiences, while also having the art-house credentials to be of interest to film festivals.

Real events provide for a powerful backdrop of the lead characters to interact and gives the film a sense of real dynamism and dramatic intrigue.

Based on Chetan Bhagat’s novel The 3 Mistakes Of My Life, the 2002 film, offers some strong roles for a relatively low-key cast and while the core subject matter is pretty controversial the structure and nicely developed characters keeps the drama nicely intimate and is complemented by a nicely sustained period backdrop. The film is set to open internationally on February 22.

The storyline is all rather familiar – three young men are bonded together by a shared passion for sport, but their good intentions to build a future based on their cricketing passions are thwarted by circumstance – and the film does have its melodramatic moments the strength of Kai Po Che! lies in the backdrop of the historical and religious context that their story takes place.

Three good friends with a shared passion for cricket decide to try and set up a business around their favourite sport in their native Gujarat, planning to open a sports shop/training centre. Talented school player Ishaan (Sushant Singh Rajput), will coach; well-to-do Omi (Amit Sadh), borrows money to back the project, and bookkeeping whiz Govind (Raj Kumar Yadav) plans to keep the books balanced.

Real events – such as earthquake that causes resources to be allocated on religious grounds and the terrible incident of the Godhra train carrying Hindu pilgrims that was set on fire by Islamists – provide for a powerful backdrop of the lead characters to interact and gives the film a sense of real dynamism and dramatic intrigue.

Screenplay: Pubali Chaudhuri, Suapratik Sen, Abhishek Kapoor, Chetan Bhagat, based on the novel The 3 Mistakes Of My Life by Chetan Bhagat