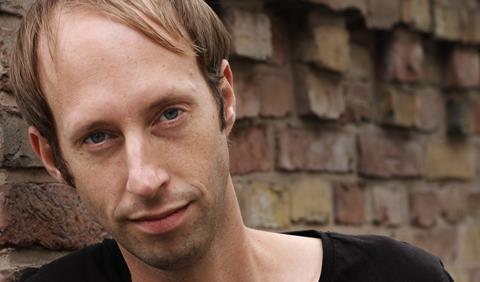 The film not only sheds a light on the plight of three very different people but also examines the many complexities at the heart of Cuba itself. With Mariela Castro – daughter of the Cuban president – spearheading the campaign for the acceptance of the LGBT community with the slogan “Homophobia No, Socialisme Si” the film delves deep into the ironies of using traditional propaganda to fight for a cause that enriches rather than diminishes human rights.

With the film having its International Premiere at the Karlovy Vary Documentary Competition, Screen caught up with Daniel Abma to find out just how difficult it was film in Cuba and what the ideas behind the film were.

Screen: Can you tell us a little bit more about yourself and your background?

Daniel Abma: Originally I studied to be primary school teacher in the Netherlands, moved to Berlin after my studies and started doing youth work there, using a video camera as equipment, making small documentaries with youth groups as part of media literacy. After a couple of years I applied for the Film University Babelsberg in Potsdam, where I could develop my “handwriting”, my style, and of could learn the professional skills.

During my studies I was able to make my first feature length documentary Beyond Wriezen, in which I followed three young offenders after their release from the prison Wriezen, located close to Berlin. That movie was invited to film festivals like DOK Leipzig, IDFA and Thessaloniki, and won the Grimme-award, one of the main television prizes in Germany. The success of this movie made it possible to make Transit Havana, having a feature-length movie in the pocket already.

Screen: How did Transit Havana come to be?

Abma: Alex Bakker (the researcher and scriptwriter of Transit Havana) knew the two plastic surgeons from Europe who get invited to Cuba once a year by the daughter of the Cuban president, Mariela Castro, to do gender-reassignment for Cuban transgender people. He told me this fact, and we were every intrigued that a country like Cuba has started transgender care, especially since the Castro family is involved. We started brainstorming and questioning if this could be a topic for a documentary.

We found our producer Iris Lammertsma from Witfilm in Amsterdam at an early stage, and she organised (with support from the Netherlands Film Fund) a first research trip to Cuba. There we met Mariela Castro, we met possible characters for our documentary, and we could do first filming, with the aim to collect material to make a pitch trailer. With this trailer we pitched in Thessaloniki, our second producer (Stefan Kloos, Kloos&co medien) came in, and then things went really fast and we could start shooting.

Screen: How and why did you decide to focus on the characters that you did?

Daniel: I like a three-character construction in a documentary, since you can compare different stories with each other (I did the same in Beyond Wriezen) and that gives a movie an extra layer. So we were searching for three characters, and we knew due to our research, that we have some topics that we would love to tell/show by their stories. I choose my protagonists mostly by the heart, by feeling, but of course there must also be a story which you can tell.

There are very few trans-men out and open living in Cuba, so we were very interested in meeting one of them. Juani stole our heart immediately, he is 63 years old, lives together with his brother in a very tiny place, and he supports Mariela Castro in everything she does. He is very pro-regime and with him we were able to show the typical daily life in a socialist state. He hopes to get his “pancho” improved by the European surgeons, by getting an erection-implant.

Odette is a very open and enthusiastic person, who immediately liked our film idea and loved to hang out with us. She is very religious, and her family is even more so. She doesn’t get acceptance from her family or in her church, and is awaiting her genital reassignment, from which everybody tells her she should not do it because God will punish her. Her storyline shows how deep religion is rooted in Cuba, and what problems this causes for transgender people. It is maybe the most dramatic storyline in the movie.

Malú is the group leader of the trans-cuba group. This group of transgender people gathers together once a week at CENESEX - the organization of Mariela Castro -  and Malu leads them with a strong hand and on her own typical, almost bitchy, way. Although she is so strong and has been an activist for many years, she isn’t sure either if she will be on the list of persons who will receive genital reassignment this year, which is her biggest dream. It all depends on the medical committee, who decide which five people will receive reassignment this year. That is one big red-line through the whole documentary: who will get selected to receive genital reassignment this year?

Screen: How easy was it to become part of their lives? You film some very intimate moments (especially amongst Odette’s family). Was there a period of trust building?

Abma: Since researcher and scriptwriter Alex Bakker is transgender himself, we got accepted really fast in the transgender community, since everybody immediately understood that we have good intentions by making this movie, and are not interested in any boulevard-gossip-exoticism which unfortunately often happens with this topic. That was really a key that opened many doors, and caused trust from the very beginning with almost everybody we met. So although a time restriction (the number of shooting days we had), we could build a close, intimate friendship within a few days, and collected wonderful scenes for our movie.

Also playing a big role in this was the film team with DoP Johannes Praus and Alexandra Praet on sound, who are both very gentle, caring and interested – the protagonists felt understood by them, and trusted them totally. You are a team and together you spread an energy which creates this trust. One highlight was an evening where we filmed Malú going to bed. She really fell asleep in front of our running camera within a minute! How much more trust can you get?

A cultural difference we noticed is, that people on Cuba in general are more open about a lot of subjects, and for example don´t feel ashamed when they are arguing while the camera is running. They just “let it out”, and those moments are wonderful for the movie.

Screen: Has everyone involved seen the film? What did they think of it?

Abma: They have seen it, but due to the distance and the difficult communication, we didn’t had longer reflective talks with them about it yet. Just short messages reached us, with a little update about their life, and that they are happy with the movie although it is sometimes confronting. We hope we have the opportunity to present the film in Havana this year, to celebrate a premiere with them and have the time to talk about the impact the film has had on them.

Screen: Was it easy to film in Cuba – did you find many obstacles in your way at all?

Abma: While explaining our idea and plans to Mariela Castro the first time, she trusted us (also due to that fact that we knew the surgeons from Europe, and probably also because Alex Bakker is transgender himself), she promised us to help us where we needed, which she did (we even got a letter of her in which she says she supports the project, this letter we could use in case we got into problems). But we made also very clear that we want to stay independent. We never had to show any material, didn’t have any hard disc checks, neither a rough-cut screening before finalizing the movie. When the movie was finished, we sent her a DVD.

Screen: What’s been the reaction to the film like so far across the world and in Karlovy Vary?

Abma: In Karlovy Vary it was very interesting for us to see that some spectators were people who used to live in a communistic regime themselves – who said they recognized many aspects of that part of Cuban-life and started talking and reflecting on this during the Q&A.

Also I hear a lot people saying they felt like being on Cuba for the last 90 minutes, that they really feel how daily Cuban life looks like. Even Cubans who were in the audience confirmed that we showed their country in such a way that they recognise it, and “felt like being home”.

We had a great theatrical release in the Netherlands already, where we got very good reactions from the audience. What I really liked was the feedback from the Dutch transgender community, who were reflecting on their own situation after seeing the movie. They told us that, by seeing our movie, they realized how good they have it here in Western Europe. Of course there is still a lot to improve for transgender people here as well, but it was good they said, to see it out of the perspective of the situation in Cuba.

Screen: Do know what you’ll be working on next?

Abma: There are several ideas on my list, but I haven’t decided yet which topic I will dedicate the next 3 years of my life to!