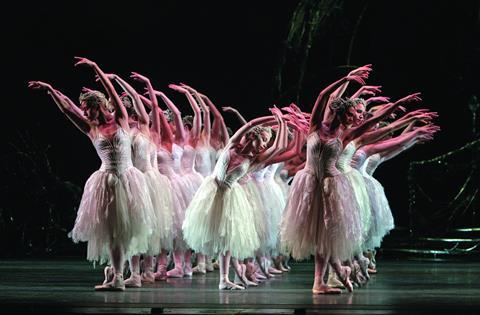 Alternative content in theatres found itself in the spotlight at this year’s CineExpo. One industry panel at the Amsterdam conference suggested alternatives to movie content, such as screening live events, could in future generate around 10% of an exhibitor’s revenue stream.

Still at the experimental stage, 3D broadcast and basketball and boxing have been greeted positively

The UK and France-based digital distribution specialist Arts Alliance Media (AAM) dedicated a sizeable portion of its presentation to the potential of screening live events, while US 3D technology company RealD took the opportunity at Sony’s CineAlta 4k presentation to launch its own alternative content delivery system, Real Live.

Until now, alternative content has primarily composed of music or operatic events. Three seasons of New York’s Metropolitan Opera have now been relayed to cinemas worldwide, while The Rolling Stones and U2 are among the rock bands whose concerts have already graced cinema screens.

Dennis Laws, general and technical manager of the BFI Imax in London, has been programming alternative content for three years. He believes it helps transform the venue into “more than just a cinema”.

According to Laws, the live events, particularly opera, attract a broader audience than the Imax presentations generate alone. High occupancy rates, along with a price hike of as much as 100%, make the screenings a particularly attractive proposition for exhibitors. Live events are also often scheduled to take place during ‘dead time’ for exhibitors, outside their peak operating hours.

Gwendal Auffret, AAM’s SVP of Digital Cinema, talked at length about the “bright future of 3D live events”, before discussing the satellite solutions AAM and technology partner Arqiva offer for live events in cinemas, as well as electronic delivery of Digital Cinema Packages (DCP), as opposed to physical delivery on computer hard-drives.

Dolby has also stepped into the frame with Dolby Direct Distribution Services (also in association with Arqiva), again providing events and DCP delivery.

Arqiva’s current deal provides equipment at no upfront cost to exhibitors, and benefits from the technology’s ‘open and shared’ status which allows exhibitors to access content from different providers. All of these systems support 3D.

3D alternative content shown during CineExpo included video games, advertising, concerts and a section of the Royal Opera House’s ballet Swan Lake, which has been developed by Opus Arte.

Live sports events shown in 3D are also considered an area of potential growth. Still at the experimental stage, there is some discussion around which sports will work in the format, and positive results have been seen with basketball and boxing. The high cost of sports rights, however, could prove a stumbling block for the content providers.

There was a strong feeling at CineExpo that 3D will drive the alternative content sector in the same way the format is pushing digital growth as a whole. However, it will take some time for the availability of content, and the content itself, to convince exhibitors to commit to the systems on offer.