Locarno Film Festival president Marco Solari has hit out claims that festival sponsors’ invitations to more than 80 Swiss politicians could be construed as corruption or trying to curry influence. 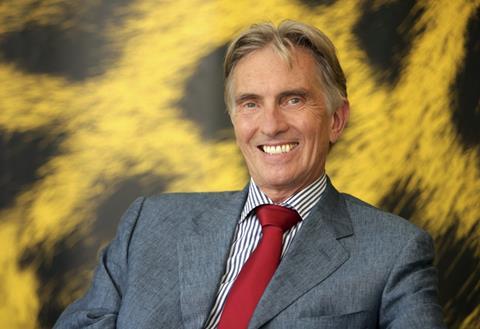 Speaking on the Swiss French-language radio station RTS, Solari declared that it was “absolutely ridiculous” to suggest that the parliamentarians would let themselves be influenced or corrupted by hospitality offered by such sponsors as Swisscom, La Poste or Swiss Railways at the festival.

“It is an insult to the dignity and intelligence of the parliamentarians,” he declared.

He was reacting to an report on RTS about how corporate sponsors wine and dine Swiss politicians and, in many cases, pick up the tab for overnight stays at such summer events as Le Paléo Festival de Nyon, the Montreux Jazz Festival as well as the Locarno Film Festival.

Solari argued that the hospitality offered by sponsors enabled figures from the worlds of business, culture as well as politics to come together - “everyone profits from this” - and noted that this was particularly important for events “on the periphery” outside of the “Berne-Lausanne-Zurich triangle” where guests could not catch the last train or tram home after the evening’s event.

He added that the presence of the Berne politicians in Locarno gave the festival an opportunity to show the economic impact it has on the canton of Ticino estimated at between $30.6m (CHF30m) and $51m (CHF50m).

Sensitivity about the levels of hospitality for politicians has reached an all-time high in the Alpine nation in the wake of revelations earlier this year about financial perks granted to members of Switzerland’s House of Representatives who made a trip to Kazakhstan as well as the actions of lobbyists for Kazakh special interests in the House.

In an interview with St Galler Tagblatt, Solari stressed the importance of sponsors for the festival, but pointed out: “We have a very clear limit which shouldn’t be exceeded. This concerns the autonomy and freedom of choice of the artistic direction. This must be guaranteed. It shouldn’t be allowed to be exposed to any political or economic pressure.”

He explained that the festival – whose budget has increased from $4m to $13.4m (CHF13m) during his 15-year reign as president - could not live without the support of sponsors.

“Without institutional and private sponsors, a ticket for the Piazza Grande would probably cost 100 instead of 24 Francs,” he said.

In another interview for Swissinfo, Solari commented on the criticism levelled at the festival for its decision to choose Israel as the focus country for its showcase of films in postproduction.

„As far as Israel is concerned, it should not be forgotten that Locarno is a place of dialogue,” Solari said. “If there is no dialogue going on at the political level, maybe it’s an illusion to try to create it in Locarno. But the opportunity is there – and sometimes miracles can happen.”

In fact, the festival decided to change the initiaitive’s name “in light of some of the reactions that this year’s edition has provoked” to First Look as the previously used Carte Blanche “did not reflect accurately enough the way in which the project is organized and gave rise to misinterpretations.”

“The Israel Film Fund has already been a part of Locarno for 20, 30 years,” artistic director Carlo Chatrian noted in an interview for the Aargauer Zeitung.

“It is involved every time that an Israeli film is shown here. Such a boycott ought to be exercised with the same rigour on festivals like cannes, Toronto or the Berlinale,” he suggested.

Chatrian expressed disappointment that the world premiere of Ricki and the Flash will be held on the Piazza Grande tonight without the director Jonathan Demme and its star Meryl Streep.

“Of course, it would have meant a lot to me if they had come to Locarno tonight. But the film speaks for itself,” he said.

However, “another great personality” will appear on the Piazza’s stage tonight as actor Edward Norton receives the Excellence Award Moët & Chandon before the screening of Demme’s film.

Norton was also scheduled to present the film Fight Club at the festival’s FEVI Auditorium this afternoon.

“My goal is to offer a programme which reproduces the diversity of cinema. Cinema is more than Hollywood and its stars,“ Chatrian said in his interview with the Aargauer Zeitung, adding that he intended to remain faithful to Locarno’s long tradition of marrying “glamour with discoveries”.

“Amy Shumer [co-writer and lead actress of Piazza title Trainwreck] can be such a discovery. But I hope that the audience will also make discoveries away from the Piazza Grande,” he explained.

Looking to the festival’s future, Chatrian argued that “Locarno needs an evolution, rather than a revolution. The course adopted is a good one. The crucial factor is having the right balance between big names and discoveries.”

Areas where he would like to see the festival developing further are training programmes for students and other interested people and strengthening Locarno’s position as a meeting place for the film industry.

The 68th edition of the Festival runs until August 15.