London stakes its claim as gateway to Europe

The London Film Festival (Oct 14-29) has long been a good place to launch films into the UK market. Now, with a budget increase and a pivotal slot in the autumn calendar, it hopes to become the gateway into Europe for some of the biggest films of the year. 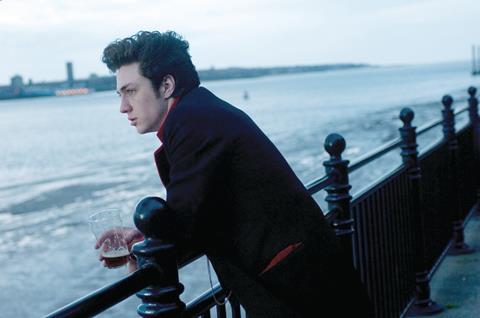 What difference does $3m (£1.9m) make? In the case of the 53rd Times BFI London Film Festival (LFF), the investment promises to give the event an immediate boost. Available as extra funding from the UK Film Council (UKFC) over the next three years, the LFF is spending $1.4m (£900,000) of its windfall this year.

In recent years, the festival has been run on $6.7m-$7m (£4.2m-£4.5m) a year. Now, artistic director Sandra Hebron believes the event can begin to compete with its better resourced rivals such as the International Rome Film Festival ($17.7m), which runs almost simultaneously.

The LFF (October 14-29) is on a mission to attract more high-wattage premieres, to make sure it is a citywide event and to increase its international media profile. It is also introducing a new awards event (see page 20).

Foreign press are being jetted in for interview opportunities. Twentieth Century Fox’s Fantastic Mr Fox is opening the festival in two Leicester Square cinemas (the Odeon Leicester Square and the Empire), and Yoko Ono is scheduled to attend the closing night screening of Sam Taylor-Wood’s Nowhere Boy, about the young John Lennon.

For the first time, the LFF will stage its own press conferences in the Mayfair and Dorchester hotels. These are expected to be attended by around 400 journalists for the big gala films such as the George Clooney-starrers The Men Who Stare At Goats and Up In The Air.

International distributors and producers seem to be warming to the LFF’s new-found ambition. As Focus Features’ CEO James Schamus says: “Pay heed to some fairly significant junketing that will be going on in London. There’s been a real uptick in London as a destination for the press around the world.” Schamus will be giving the LFF’s inaugural keynote speech on October 27 at the Vue Cinema to 180 invited industry guests, arranged in association with UK training body Skillset. Titled ‘My Wife is a Terrorist: Lessons in Storytelling from the Department of Homeland Security’, it is clear the Focus chief does not intend to give a typical industry speech.

“By becoming one of the great regional festivals, it has actually become a much more significant international festival.”

“Like all festivals, London is feeling the twin and sometimes opposing imperatives of growth as a competitive global player and as a festival that has, in the past decade, grown and become more dynamic because of its relationship to its audience,” he suggests. “By becoming one of the great regional festivals, it has actually become a much more significant international festival.”

Optimum Releasing is using the LFF to promote its autumn releases Bunny And The Bull and Cracks to the UK press. The distributor is also bringing in talent for its other festival films including Chloe (parent company StudioCanal plans to use the LFF for the international press junket).

“It’s good to be able to use London not just to launch the film in the UK but to set it up internationally. With the investment the LFF has made in bringing over more international journalists, London becomes a more viable place to do that,” says Danny Perkins, Optimum’s managing director and COO.

As in recent years, there will also be a significant Bafta campaign for many of the bigger films. Actors and directors in town for the LFF screenings will often take part in Bafta events. “It makes sense for the two things to dovetail,” says Hebron.

But while this year’s bigger films are set to receive more exposure than ever before, questions persist over whether the LFF is the best launch pad for the world premieres of smaller UK films. There is a danger they will be lost in what remains a large programme. Hebron points out that many of the titles from the New British Cinema strand are from film-makers early in their career and many are documentaries. “It’s about giving them exposure,” she says. Hebron mentions Chris Atkins’ Starsuckers and Jez Lewis’ Shed Your Tears And Walk Away, both documentaries, as films and film-makers ripe for discovery.
And the festival still prides itself on its ability to showcase provocative and offbeat fare that has little chance of mainstream distribution.

“It’s getting a reputation throughout the world as one of the friendliest and most charming festivals around.”

Around 25 UK buyers are also due to attend the industry screenings, which are held at the Curzon Soho cinema for films without UK distribution. Andrea Klein, the LFF’s buyers and sellers facilitator, is organising a Meet the Buyer event, this time for a full day, at which international sellers meet UK buyers and producers.

The goodwill toward the LFF is self-evident. “It’s getting a reputation throughout the world as one of the friendliest and most charming festivals around,” says Douglas Rae of the UK’s Ecosse Films, the producer of Nowhere Boy.

Even so, the LFF faces some challenges. It has lost its flagship venue, Odeon West End, to redevelopment. With its new West End partners Vue Cinemas and Empire Cinemas, the LFF is having to stage some gala screenings simultaneously on two screens to meet spectator demand. It will have to find a new title sponsor (if it decides it still wants one) for 2010 as the deal with The Times expires this year. The ongoing discussions about a possible BFI/UKFC merger will have a bearing on the festival’s own future and the extra UKFC funding itself will run out in two years.

The imperative now is to build on the extra funding. Hebron remains upbeat about the future. “I’m optimistic on the basis of what it has been possible to raise against the festival this year,” she says.

One significant change to this year’s event is the festival’s decision to introduce a series of awards, including best film and best British newcomer. The latter will celebrate a writer, producer or director who is making a feature debut at the festival. Both will complement the existing Sutherland Trophy (for the best first feature from a shortlist of 10) and the Grierson award (for the best feature documentary). The festival will hold a dedicatedawards event for 150 invited guests at the Inns of Court on October 28. A statuette, the ‘Star of London’, has been designed by UK sculptor Almuth Tebbenhoff.

The LFF has recruited some big-name jurors, among them producer and Bafta chairman David Parfitt, directors Edgar Wright, Iain Softley, Paul
Greengrass and Nick Broomfield, actors Angelica Huston (president of the best film jury), Charlotte Rampling and pop star Jarvis Cocker. They will
judge the best film prize from a yet-to-be announced shortlist of eight titles from across the festival. Two BFI fellowships will be given out at
the prize ceremony: to actor John Hurt and to Malian director Souleymane Cissé.

“In the past, giving out a few awards on closing night felt a little perfunctory,” explains Anne-Marie Flynn, the LFF’s newly appointed head of
projects and development, and a former publisher of Screen International. “This gives the awards the setting they deserve.”