Love And Other Impossible Pursuits 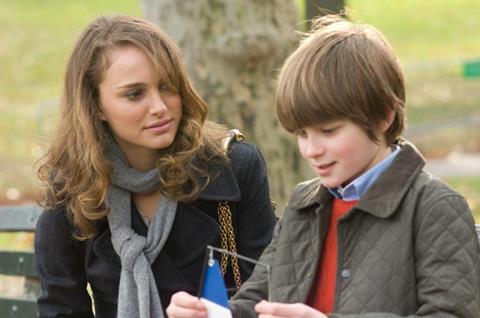 The messy complexities of modern family life provide a familiar backdrop to Love And Other Impossible Pursuits. The latest film from writer/director Don Roos (The Opposite of Sex) is sweet and sensitive but also predictable and protracted as the central heroine resolves an abundance of emotional issues resulting from a new marriage, a wary stepson, the death of her baby and her simmering anger at the way her philandering father abandoned her mother.

A competent ensemble cast lends conviction to what often feels like a relentless wallow in soap opera clichés and there should be some theatrical interest from audiences who respond to unabashed heart-warmers like the recent Away We Go and Roos’ own Sex. Others will find it way too maudlin for their tastes. International prospects are modest for what seems like quintessential American fare.

Love And Other Impossible Pursuits is based on the fiction bestseller by Ayelet Waldman and still retains the feel and structure of a novel as we enter the life of Emilia Greenleaf (Natalie Portman) and flashbacks provide the equivalent of flicking through the chapters of her life.

Grieving the loss of her infant daughter Isabel, she is still coming to terms with her status as the second wife of lawyer Jack (Scott Cohen). Vilified as a homebreaker, she attracts the unyielding ire of his embittered ex-wife Carolyn (Lisa Kudrow) and the resentment of his son William (Charlie Tahan), a precocious youngster who needles her with constant references to her dead baby.

The film has some of its strongest scenes in the cut and thrust between Emilia and Charlie, with the boy suggesting  that she will never be good enough to win his affection and the woman overwhelmed by the feeling that everything he does is meant to undermine her.

In some respects, the film is a more indie-flavoured variation on the mainstream hit Stepmom (1998) in which you fully expect mother and child to become the best of friends by the conclusion. Love And Other Impossible Pursuits muddies that potential by widening the focus to too many other issues, however.

The succession of flashbacks has an echo of box-office hit (500) Days Of Summer in the way they contrast the constant misery of the present with a past that felt full of thrilling new possibilities. We learn how the predatory Emilia set her sights on Jack, knowing that he was a married man. An accelerated time frame seems to suggest that her pregnancy, his divorce, their marriage and the subsequent death of their child is like a tidal wave of woe that threatens to drown her.

Additional issues surrounding her cheating father and the divorce of her parents add to a sense of overkill in the baggage that she is obliged to carry around with her.

Cinematographer Steve Yedlin captures the crisp beauty of modern Manhattan, Roos gives his characters the odd witty, bitchy aside and the entire film has a thoroughly professional polish. Unfortunately, however, its emotional insights feel shallow.

A radiant, stick-thin Portman does her best to make us care for a fairly unsympathetic character but it is the supporting performances, particularly from Kudrow and Tahan, that steal the acting honours.

Screenplay
Don Roos, based on the book by Ayelet Waldman