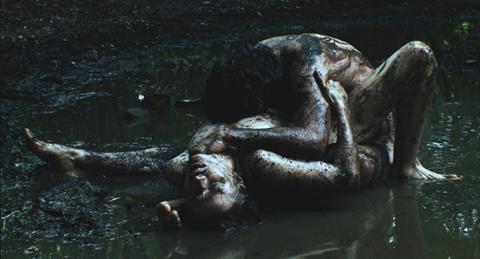 Imagine a wordy French rom-com with the comedy taken out and replaced by all-in wrestling and you have Love Battles, indie director Jacques Doillon’s latest low-budget relationship drama. Leads Sara Forestier and James Thieree give their all as a couple of country neighbours whose odd courtship escalates into a series of no-holds-barred brawls – which are so realistically staged that you just hope there was an ambulance standing by on the set. But their courage as actors is not enough to save a self-important film that tries to make up for its undernourished storyline with reams over-scripted dialogue. The sex, when it finally comes, does little to relieve the tedium, even though the two lovers get down and dirty in a muddy pond.

A synopsis which might be described as ‘Fight Club meets Mr And Mrs Smith’ could have made for a far more compelling and challenging film than this.

Though it corresponds almost exactly to a certain generation’s idea of a European arthouse movie – endless talk as the price you pay for a few minutes of a man and a woman doing it like they do on Discovery Channel – things have moved on since the days when Woody Allen was lured into a New York cinema to view Summer With Monika by the promise of seeing Harriet Andersen in the buff. While a few moviegoers may be so enamoured of the film’s premise as to forgive its longueurs and absurdities, or taken in by the naked-pond-grapple poster, they will be a niche crowd, even on home turf. Abroad, Love Battles is likely to match the near-invisibility of the director’s last, Me, You and Us.

It’s a shame, as a synopsis which might be described as ‘Fight Club meets Mr And Mrs Smith’ could have made for a far more compelling and challenging film than this. Doillon opens with a wordily flirtatious meeting between a never-named young woman (Forestier) and man (Thieree) in an idyllic French rural setting in high summer. He seems to live there, in a pretty brick house which he is busy renovating; she has come, it transpires, to attend the funeral of her father, who she obviously had and has issues with, and to divide up the contents of his home with her married sister (Szpindel).

Forestier’s character once slept over in the love interest’s house, it transpires, but mutual misunderstandings prevented a consummation. It’s a reconstruction of that failed sleepover that develops into the couple’s first tussle, with verbal sparring (“your boner was to ward me off” is a highlight) soon followed by physical grappling. Finding themselves oddly energised, and turned on, by their fight, the two continue to meet for further knockabouts, graduating from mild wrestling to slaps, DIY judo moves, hair-pulling and head-bashing.

In the meantime, the moody, mercurious Forestier character is working though her anger at her late father’s lack of affection, and agonising over whether or not to put in a claim for the piano that he pressurised her into practising on as a girl. In case we hadn’t got the message, the connection between fighting, mourning and her father-anger is made blindingly obvious by the smug Thieree character’s smart-ass comments. A girlfriend (Mollaret) who Forestier’s character confides in via Skype identifies the man’s portentous drivel quite accurately as ‘pop psychology’; but the woman seems up for it nevertheless, and even pitches in with some cod-Freud lines of her own.

Shooting is obtrusively handheld, all the better to capture the ringside action; and most scenes are shot in the glaring light of high summer – an attempt, perhaps, to supply the heat that is lacking in the chemical reaction between him and her. Though Forestier’s character is more approachable than the frankly unbearable Thieree character, both, in the end, are people we want to slap. And the fact that they do the job for us is little compensation.