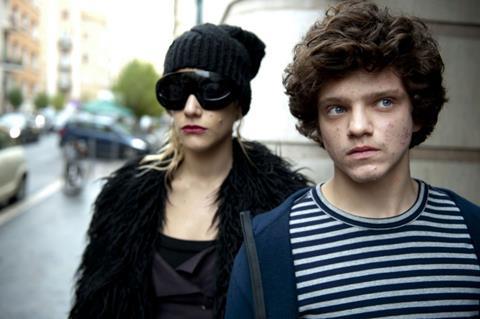 Nine years after The Dreamers and following a long bout with back trouble that put him in a wheelchair, Bernardo Bertolucci is once again behind the camera, shooting in Italian and trying to make some sense out of the younger generation of adolescents around him, with whom he evidently wants to sympathise but can’t bring up good enough reasons to really like them.

The two characters are sufficiently developed to offer new insights into youth today.

With Me And You (Io Et Te) he looks at a 14 year-old boy who hides for a week in the family cellar and at his older half-sister who invades the refuge, as if they were “space oddities” - to use the title of the David Bowie song prominently featured in the last act - a species whose acts deserve to be researched with the same avid curiosity that the boy displays in the film towards insects in general and ants in particular.

But once it’s over, the audience won’t really know much more about the two protagonists or what makes them tick and there is very little reason to believe that the characters themselves had learned anything more about themselves in the process. Bertolucci’s name may open some festival doors for this film, but there is limited hope for either critical or market support.

Lorenzo (Jacopo Olmo Antinori) is 14, he doesn’t like much in life -  neither his parents; his schoolmates; his analyst and not even himself. Sexually confused, constantly hiding behind a wall of music pumped directly into his head by a pair of earphones that never leave him, all he wants is to be left alone with his computer, his comic books, and his favorite toy, a real-life anthill in an aquarium. When his class leaves on a school trip to a ski resort, he pretends to join them, but instead pockets the money and hides in the cellar of his house, which he had prepared for a week of peace and quiet.

But the arrival of Olivia (Tea Falco), his father’s twentysomething daughter by a previous wife. She’s drugged to the gills and threatens to kick up a fuss unless she is let in. Left with no choice, Lorenzo opens the door and over the course of the following days will discover a bit more about the sibling he never really knew, her semi-artistic background as a video-artist and photographer, the heroin addiction she is trying to beat before joining a potential new boyfriend and her passionate hatred for Lorenzo’s mother, who has taken her father away from her.

Working from a novel of the same name by Niccolo Ammaniti, Bertolucci and his team of scriptwriters (including Ammaniti), were obviously respectful of the original - or not sufficiently creative - because the ultimate result looks like a series of novel excerpts taking place in the cellar, loosely tied up together with exterior shots. The two essential components of claustrophobia and the passing of time are sorely missed and neither of the two characters are sufficiently developed to offer new insights into youth today.