EXCLUSIVE: The feel-good hit starring Jonathan Pryce, Pauline Collins and Jerome Holder struck a blow for the limited distribution space as it crossed the threshold in North America on June 14. 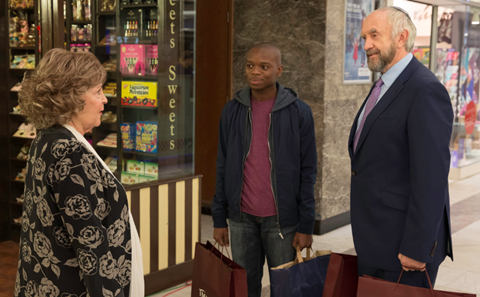 Neil Friedman’s Santa Monica-based distributor opened Dough in nine theatres in Florida on February 12 and kept the film exclusively in the state until it expanded nationwide on April 29.

The Menemsha chief is confident it will exceed $1m by some margin. “The film is booked in cinemas for new openings in not-yet-released locales for the remainder of the summer months and is still selling out shows at the cinemas it is presently playing,” he said.

The comedy centres on the owner of an ailing Jewish bakery whose business flourishes when his young Muslim apprentice drops marijuana into the mixing dough. John Goldschmidt directed.

“These are troubling times we are living in today and everybody is looking to escape the every day realities of the world’s problems,” said the Menemsha chief, whose marketing team seized on opportunities presented by the film.

“The key art for the film highlights a marijuana leaf as part of its title design. We instituted in theatre promotions with free giveaways of brownies to the audience attending the film.

“We have had the theatre staff in cinemas wearing the Dough apron. People are having fun not only with their viewing of the film but participating in the promotional campaign for the film.”

Friedman continued: “We pride ourselves on our ability to hand-pick films that have less than the biggest of international profiles.

“As a result of Menemsha’s success with the film in the US market, only now are many of the international distributors realising the box office potential of the film.”

Dough rolls out on EST on July 26 prior to VOD and DVD release on August 2 followed by SVOD later in the autumn. Menemsha acquired North American rights from Umedia.