ACTOR: Mia Goth has an otherworldly presence onscreen, an unusual aura that sets her apart. 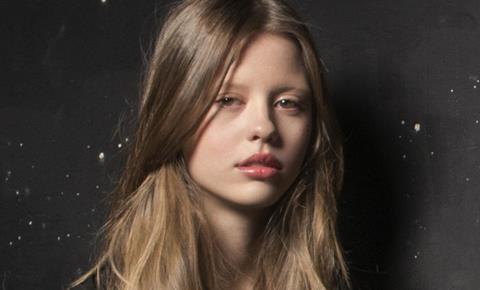 Mia Goth has an otherworldly presence onscreen, an unusual aura that sets her apart. She is different off-screen as well, perhaps due to her exotic background, a mix of Canadian and Brazilian heritage and a childhood spent travelling the world (her middle name is Gypsy).

Discovered in Catford, south London, by Storm Models when she was 13, Goth signed with an acting agent at the age of 15 (she is now 20) and her first role was as Charlotte Gainsbourg’s protégé P in Lars von Trier’s Nymphomaniac, followed up by an arresting turn in The Tunnel, Sky’s remake of The Bridge.

“I moved to Brazil when I was little. My grandmother [Maria Gladys] is an actress over there and she would take me on sets, so that’s where it all started. I then went to Canada — when I was in year five, I was in seven different schools — and it was only when I was 12 that I settled down in London.”

Goth has just come off Baltasar Kormakur’s Everest, in which she plays the daughter of Josh Brolin and Robin Wright. (“It’s a very sweet story and so cool to play a Texan, you don’t have to do too much when you have that kind of tool.”)

Next up is Stephen Fingleton’s The Survivalist, planned for a summer shoot in Northern Ireland.

“At the end of the day you have to enjoy what you’re working on, you have to dedicate yourself all the way to it, and if it’s not a passion project there’s no point to it,” she says, before adding simply: “I’ve never felt happier.”