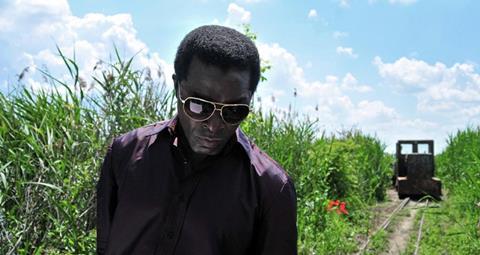 If Miklos Jancso had made western classic Shane, it might have looked something like Mirage (Delibab). As beautiful as it mysterious, the film unfolds in the vast prairie landscapes of Hungary. The land is filled with desperate men and downtrodden farmhands before a strong, silent stranger arrives as an unlikely saviour.

There are showdowns and shoot-outs before the final credits but there are also footballs stuffed with money, sinister hints of a country that has become a lawless frontier.

Director Szabolcs Hajdu keeps us guessing as to what exactly is going on but builds a persuasive degree of tension before we start to suspect that the film is less impenetrable than it initially appears. Mirage may eventually surrender to the conventional but it remains consistently intriguing and is just distinctive enough in look and execution to have a modest cult appeal for more adventurous arthouse audiences.

Opening titles provide some welcome clarification and context by informing us that criminal gangs control the country and have brought back slavery. We then see Francis (Isaach De Bankole) striding across the prairie in a land that seems to have reverted to a primitive state. Corn is ground by hand, railway tracks are covered over with weeds and the creaky train still in operation could belong to a different century.

Squinting into the sunlight, the effortlessly cool and unflappable Isaach De Bankole’s makes his drifter seem like a distant relative of Clint Eastwood’s man with no name. When he enters a bar, the chatter ceases and all we hear is the creak of a door. He is very much a stranger in a strange and hostile land.

We subsequently learn that Francis is an African footballer supposedly on the run after taking bribes and fixing matches. Arrested by the police but held captive at a ranch, there are echoes of 12 Years A Slave in his fate as a manual labourer at the mercy of his gun-totin’ captors and their ruthless leader Cisco (Razvan Vasilescu).

In the hands of a more conventional filmmaker, the plot could easily be the basis of a violent exploitation western. There are showdowns and shoot-outs before the final credits but there are also footballs stuffed with money, sinister hints of a country that has become a lawless frontier and a succession of intertitle symbols from jackals and crosses to a flag of surrender.

Hajdu makes the viewer do a lot of the work at filling in the gaps, sketching in the details and adding some element of interpretation to things that are merely hinted at on screen. It makes for a challenging film that may be too elusive for some tastes but it remains involving and stylish enough to make it worth the effort for others. A trim running time hints at material that may have been left in the cutting room but also means that the film is never guilty of overstaying its welcome.